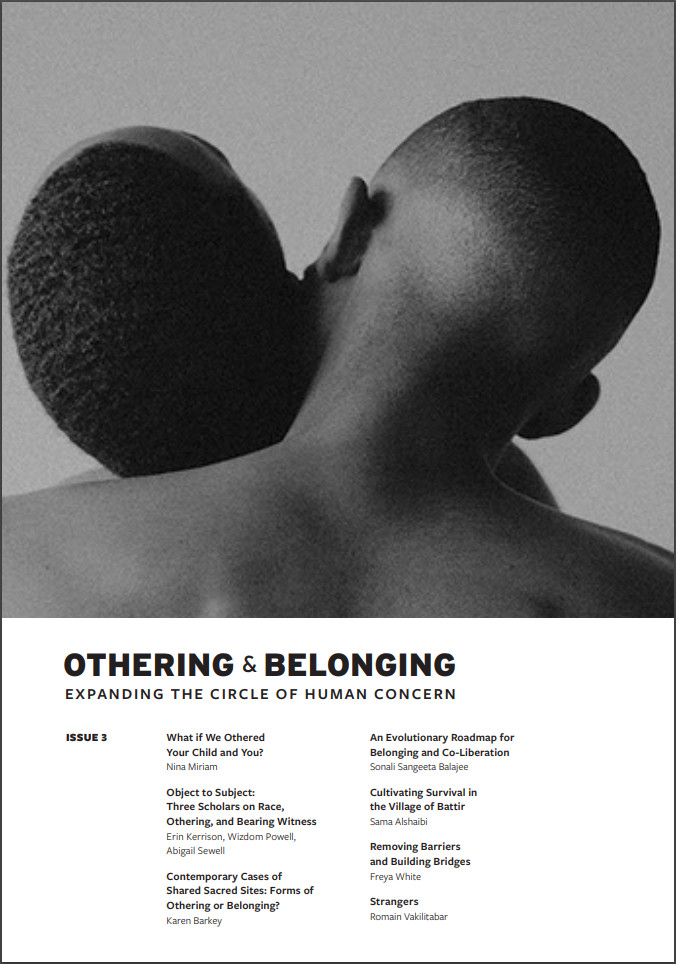 As this third issue of the Othering & Belonging Journal was being completed, a furor was erupting in the United States about the morality, ethics, and political and social consequences of the Trump administration’s “family separation” policy, a policy that in just seven weeks saw more than 2,300 immigrant children taken from their caregivers at the US-Mexico border. These traumatized children, many of them infants and toddlers, may be the most public faces of othering in the US today. Around the world, children feature prominently among our most vulnerable populations, whether Rohingya and Syrian refugees, people with disabilities in Afghanistan or Sudan, people living in extreme poverty, or any of the other groups we could name.

Children also have a range of roles in this issue of Othering & Belonging—as wards in need of protection, yes, but also as witnesses, as accountability partners, as vehicles of empathetic imagination, and as inheritors and re-shapers of the institutions and communities we construct now. In “Removing Barriers and Building Bridges: How Play Cultivates Integration and Belonging in Refugee Children,” Freya White blends her knowledge of the empirical research literature on child development with her experience in a refugee camp in northern France to argue for the importance of play as a hedge against trauma for refugee children.

Children are also central in “Object to Subject: Three Scholars on Race, Othering, and Bearing Witness.” Here, scholar-activists Erin Kerrison, Wizdom Powell, and Abigail Sewell cast light on the mechanisms and consequences of othering for people of color, and especially for the health of Black boys and men. Meanwhile poet Nina Miriam bears witness to racial othering by recasting her white interlocutor as the racial “other" in her poem, “What If We Othered Your Child and You?,” which includes themes on the perils of racial isolation, microaggressions, racial over- and under-representation, and their consequences for whites as well as for people of color.

In a world fragmented by racial, ethnic, social, and geopolitical conflict, Karen Barkey’s “Contemporary Cases of Shared Sacred Sites: Forms of Othering or Belonging?” shines a spotlight on shared religious sites as a partial antidote to the hopelessness many of us feel. In “Part and Parcel: Cultivating Survival in the Village of Battir,” photographer Sama Alshaibi brings together her observations, insights, research, and photography to tell the story of the Palestinian village of Battir in resisting the destruction of its people and culture.

With Romain Vakilitabar’s 360-degree (immersive) film, Strangers, the vulnerability of children, and the obligation we feel to protect and provide for them, again loom large. The film and Vakilitabar’s accompanying essay about it, “How Technology Could Bridge the Gap of Compassion,” feature three women—a Black Lives Matter activist in St. Louis, a farmer in rural Oklahoma, and an Iraqi refugee—who seemingly share little but their feelings and experiences of alienation and their concerns as mothers. And finally, Sonali Sangeeta Balajee brings us “An Evolutionary Road Map for Belonging and Co-Liberation,” wherein she also discusses the sacred: the sacred connection of spirit and belonging.

Visit our Othering & Belonging site here to view all the pieces in our third issue of the journal, and download a PDF version here. The first two issues are available on that site as well.

For the full introduction of this journal issue, click here.