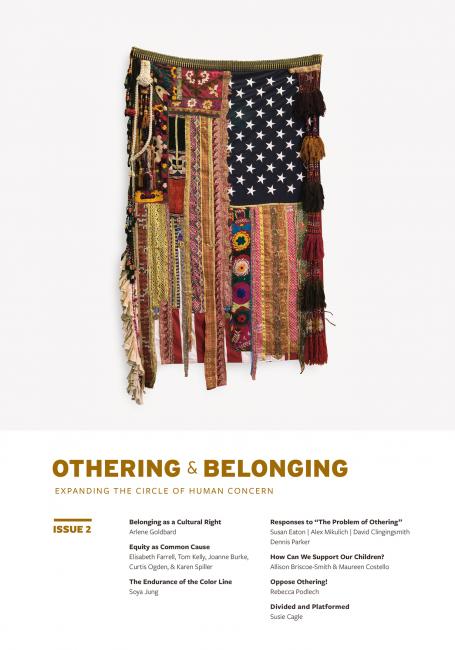 Much has happened in the months since we published the inaugural issue of Othering & Belonging. Donald Trump won an unexpected victory to succeed Barack Obama as US president just as a peace agreement ended Latin America’s longest conflict in Colombia. Brazilians and South Koreans impeached their presidents, while President Erdoğan of Turkey accelerated his authoritarian rule, launching a massive purge targeting his critics. Beach resorts in France made news worldwide when they banned the burkini, and 2016 registered as the hottest year on record. President Trump proposed deep cuts to US foreign aid that, if enacted, promise to exacerbate conflict-driven famines in Nigeria, Somalia, and South Sudan, arguably the world’s most serious humanitarian crises in seventy years. The Zika virus spread to more than seventy-five countries, including the United States, and Prime Minister Theresa May triggered the process by which Great Britain will exit the European Union.

These developments, and so many others across the globe, are rife with the dynamics of othering, whether along markers of race, ethnicity, class, gender, religion, immigration status, nationality, geography, or a combination of these and other dimensions of personal and group identity. In the responses to these developments, we also find strains of belonging—enough, perhaps, to ground our hopes for a more inclusive future. If there is a theme to this, the second issue of Othering & Belonging, it might be hope. Hope built not only on the aspirations articulated by groups around the world, but also on the emergence of new organizational formations whose practices are meant to enact inclusiveness and belonging.

Read Issue 2 on our Othering and Belonging website here, or download a PDF version of the document here.