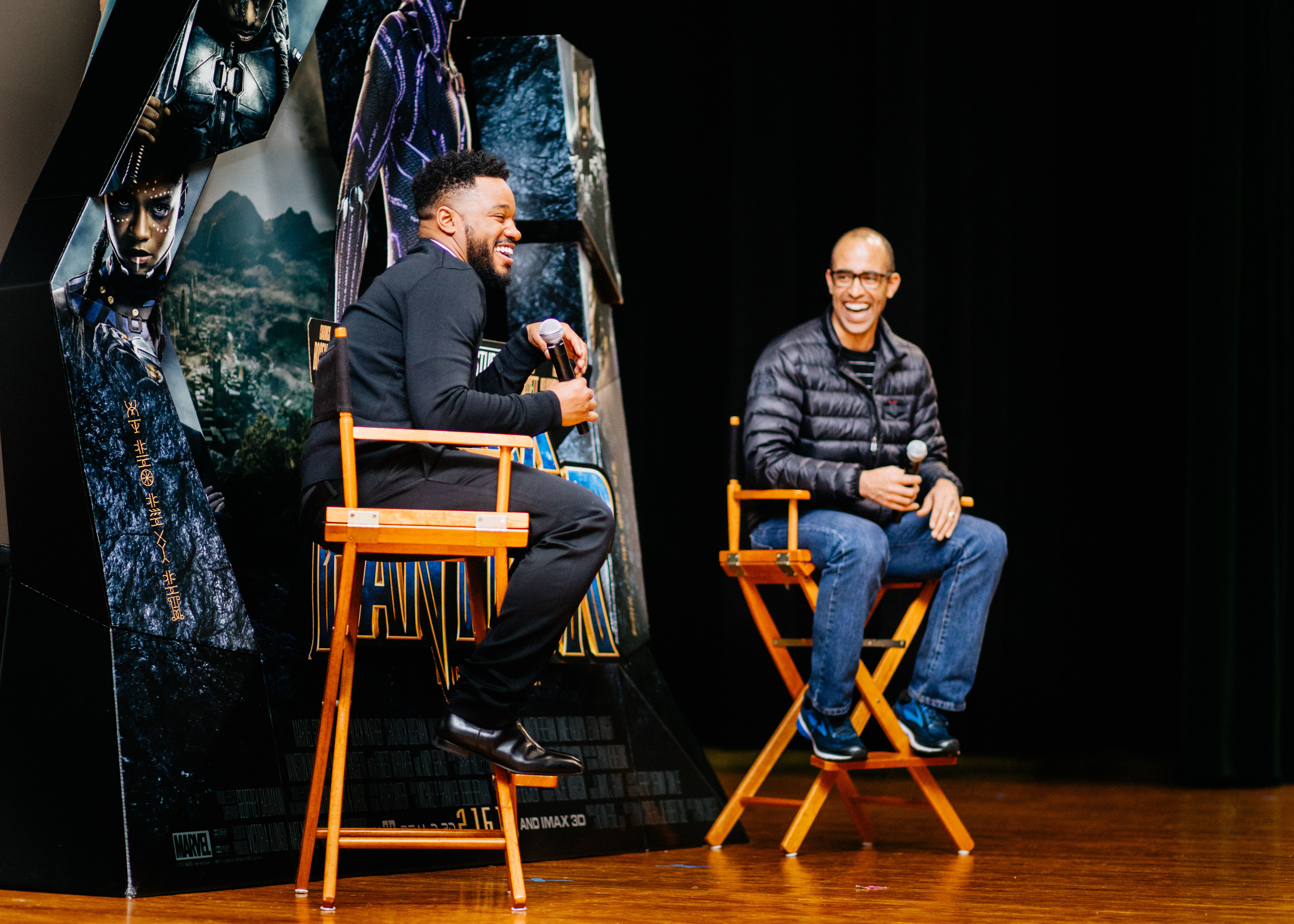 He who defines reality holds power.

Cognitive science confirms what every culture in the world has intuitively understood—reality is defined through narrative. Our brains process and remember narratives more powerfully than facts or logic models. And curiously, while the Right has developed a set of powerful narratives, many of us who consider ourselves progressives have often relied upon a vision of humans as “rational” actors who viewed the world through a narrow lens of economic self-interest. Some people undoubtedly do. But the vast majority is far more complicated; most people hold worldviews and values that are formed by narratives rather than spreadsheets.

The dominant meaning-making narratives underlying people’s response to government are powerful. Most people may not remember the Horatio Alger story – in which a poor lad lifts himself from poverty to affluence by his bootstraps – but isn’t Oprah’s story a new iteration?  The classic American individualist narrative is used as a bludgeon against us when we call for public policies linked to redistributive justice or a social safety net. The “melting pot” narrative dictates that cultural identities should be subsumed under the “American” identity—which means that any ethnic group that seeks to maintain the integrity of either its language or cultural traditions is somehow “un-American.” The still-celebrated Columbus discovery story flattens the many different Tribes and peoples into a single category and renders invisible the rich history of indigenous communities (Blackstock, Cross, George, Brown & Formsma, 2006). The “color-blind” narrative tells us that race shouldn’t matter. And if race doesn’t matter, then policies seeking to address racial inequities, people who identify race as salient, and any racial group’s desire to retain a distinct racial identity are “racists” or “playing the race card” (Bonilla-Silva, Lewis & Embrick, 2004).

Our task then is to understand that we are working against a set of narratives that can’t be ignored if we hope to move toward a different future. Some of these narratives are broadly shared across race and ethnic groups within our culture; others are the foundation upon which hierarchies of race, ethnicity, and other forms of difference are established.

Cognitive science can help us on both fronts. Not to create narratives; new narratives will emerge from within communities. But when we have urgent political goals, we may wish to look to cognitive science to test the efficacy of competing narratives against those already in place.

A. How Our Brains Interpret Information

Current research on neural functioning shows that our brains have adapted to infer themes from spoken or written narratives, and to experience empathy for real or imagined characters. Put simply, our brain serves a social purpose, connecting us as creatures in a larger community through interwoven stories.

Why narratives? It appears that our responses to narrative stimuli are hardwired from infancy. Newborn babies imitate other humans within hours of birth, and children re-enact stories in their play (Boyd, 2009). Stories form the basis for empathy and for figuring out acceptable or unacceptable social behavior

(Boyd, 2009). Fairy tales, parables, stories told by families from earlier generations all share the function of using narrative to convey what we expect of our children and each other.

These stories then form the backdrop for how we function day-to-day, minute-by-minute because most of our actions occur without our conscious awareness, triggered by stories we have been told repeatedly over time. The narratives we are told help create and reinforce the ways in which we interpret the world. This intuitive way of understanding the world evolved out of necessity. The story of what kind of plant is edible versus dangerous, the story about where children could go safely, and who could be trusted were crucial to our ancestors’ survival. Some variants are necessary for us as well, but when we combine our brain’s quick processing power and the categories into which people are placed and how status differentials are explained, we begin to understand how we can tolerate separation and inequality linked to race, ethnicity, and other forms of difference and still think ourselves “good” people.

Our processing pathway, referred to as the Fight-or-Flight formed to help us react at a moment’s notice. We experienced a rush of adrenaline to help us flee a predator, the acute stress response activates instantaneously and subconsciously to cues from our environment. Even though our environment has changed dramatically; our brain’s responses have not. This same rush of adrenaline can be triggered subconsciously and instantaneously by categories of people deemed “dangerous” by distorted narratives linked to race, for example. In a recent study, participants were shown images of five-year-old white or black boys and then fuzzy images of either a toy or a gun. People who saw images of white boys were often faster to see a toy and more likely to mistake a gun for a toy – while people who saw black boys were more often faster to mistake a toy for a gun (cite 2016).

Narratives are easier to process than the straightforward presentation of facts because narratives transmit themes through a series of events, building on shared cultural knowledge (Graesser, Olde, & Klettke, 2002). The brain weaves together the stories we have been told since our youth with real time experiences, acting as biological data processers.

B. Narratives to Challenge the Status Quo

While the conventional stories of our history and our social roles provide a powerful gravitational pull, storytelling has always played a significant part in challenging the status quo. The ability to imagine a world that is different than the present is the beginning of any movement for change: to be able to communicate the world one imagines to that of others and have it feel possible is the power of narrative.

Why do we still remember, teach, and celebrate Rosa Parks and Cesar Chavez among the countless women and men who worked for social justice during the 1950s and 1960s? Because each was a highly memorable character—Rosa Parks, a seamstress who quietly refused to give up her seat, Cesar Chavez, the image of a charismatic leader and hero (Boyd, 2009). Accurate histories of the Civil Rights Movement appropriately emphasize that the Montgomery Bus Boycott did not arise as the result of the spontaneous courage of an individual but was an organized effort of many people to bring attention to the injustices all were experiencing. Yet the narrative of Rosa Parks remains compelling because admiring her courage and relating to her humanity allows us to grasp more easily the symbolic story than the facts surrounding it. Similarly, the United Farm Workers consisted of many people other than Cesar Chavez (indeed, he co-founded its predecessor organization the National Farm Workers Association with Dolores Huerta, among others). But the story of Rosa Parks and the image of Cesar Chavez capture our attention and remain in our memory. We know there are risks to highlighting individuals for fear of obfuscating the broader movement and the need for societal change rather than falling into the tendency to be exceptional. In thinking about how to respond to the brain’s receptivity to narrative without falling into these traps, we can perhaps use strategies to use different protagonists and not a single charismatic leader – or think about how groups or communities can be highlighted.

To be compelling, social narrative requires a plot, the process of transforming events into a coherent and compelling story in which the actions involved lead a listener or reader to identify with the goals of the social group (Jacobs, 2002).

Closely related to the plot is the identification of characters—protagonists and antagonists—who serve as “embodiments of society’s deep cultural codes” (Jacobs, 2009). The Civil Rights Movement carefully identified antagonists such as Bull Connor and George Wallace who would vividly embody violations of the post-World War II ethos. Similarly, the Farm Workers recognized the need for

the country to see their struggle as not just a labor issue, but a battle for human dignity and justice. In these descriptions, the layering of new narratives on earlier narratives is evident – the Farm Workers’ story has been described as a “David v. Goliath” battle and captured the public imagination in a way that earlier efforts had not (Ferriss & Sandoval, 2010).

Police treatment within communities of color, disproportionate discipline of young people of color, and the myriad racialized treatment still prevalent can be thought of as manifestations of sickness derived from our still toxic racial culture. Our challenge is both to change the dominant cultural narratives that trigger these behaviors and simultaneously to adopt internal narratives that strengthen resilience and openness to the capacity for change.

A particular challenge we face in challenging the often still powerful narrative about what it means to be “American” – which normalizes whiteness and marginalizes everyone else – is how to address the competing challenges of “racial threat” and “racial anxiety.”  These terms are sometimes used interchangeably, but it can be useful to think about the distinctions that can be drawn between them.

Racial threat has been referred to as the fear of a racial group may experience over losing political, economic, identity-defining power. The ascendency of Donald Trump is an obvious expression and reaction of some white people to the racial threat posed by demographic shifts and undoubtedly the Obama presidency. Racial threat can obviously be experienced by people of other races and ethnicities – and we see examples of this phenomena when economic and political power is doled out in small amounts and different racial and ethnic groups are pitted against each other.

By contrast, racial anxiety can be used to identify the concern that people may feel before or during inter-racial interactions that the difference will doom the interaction. The anxiety can be linked to fear that the person will be subject to stereotyping or distant or hostile treatment – or often for white people, that they will say or do something that will trigger the perception that they are “racist.”

It can be easy to write off those who experience racial threat – but another route may be to develop a narrative that overcomes what john powell refers to as the “ontological” anxiety that whites feel about what a multi-racial, multi-ethnic future looks like. Part of this may be to move beyond the notion that prejudice is “fixed” – that people are either racist or not. A set of researchers found that teaching white people that prejudice is malleable – can be reduced or altered – increased their desire to engage in inter-racial interaction and reduced their racial anxiety (Carr, Dweck and Pauker, 2012).

The tools of cognitive science can be of use potentially for instances in which it is important to determine what kind of short-term behavioral responses particular narratives may elicit. In a political campaign, when policy changes are sought, if people in positions of power are engaging in behavior that causes harm, using the developing mechanisms for assessing the effects of particular narratives may be critically important. These include randomized, controlled studies using measures that assess people’s automatic (implicit) responses to narratives – because our implicit reactions have been found to predict behavior better than our explicit reactions. Or measuring whether particular narratives increase stress responses using physiological measures such as cortisol or heart rate because when our Fight or Flight reaction is triggered we are more apt to behave aggressively.

Ultimately, the process of creating new narratives will be complex – and most of necessity involve those whose stories have been distorted or ignored in the dominant narratives. Belonging and a narrative of agency and dignity for all peoples are crucial for our country to reimagine itself and to support a government that serves the broader interest.

Rachel D. Godsil is research director of the Perception Institute.