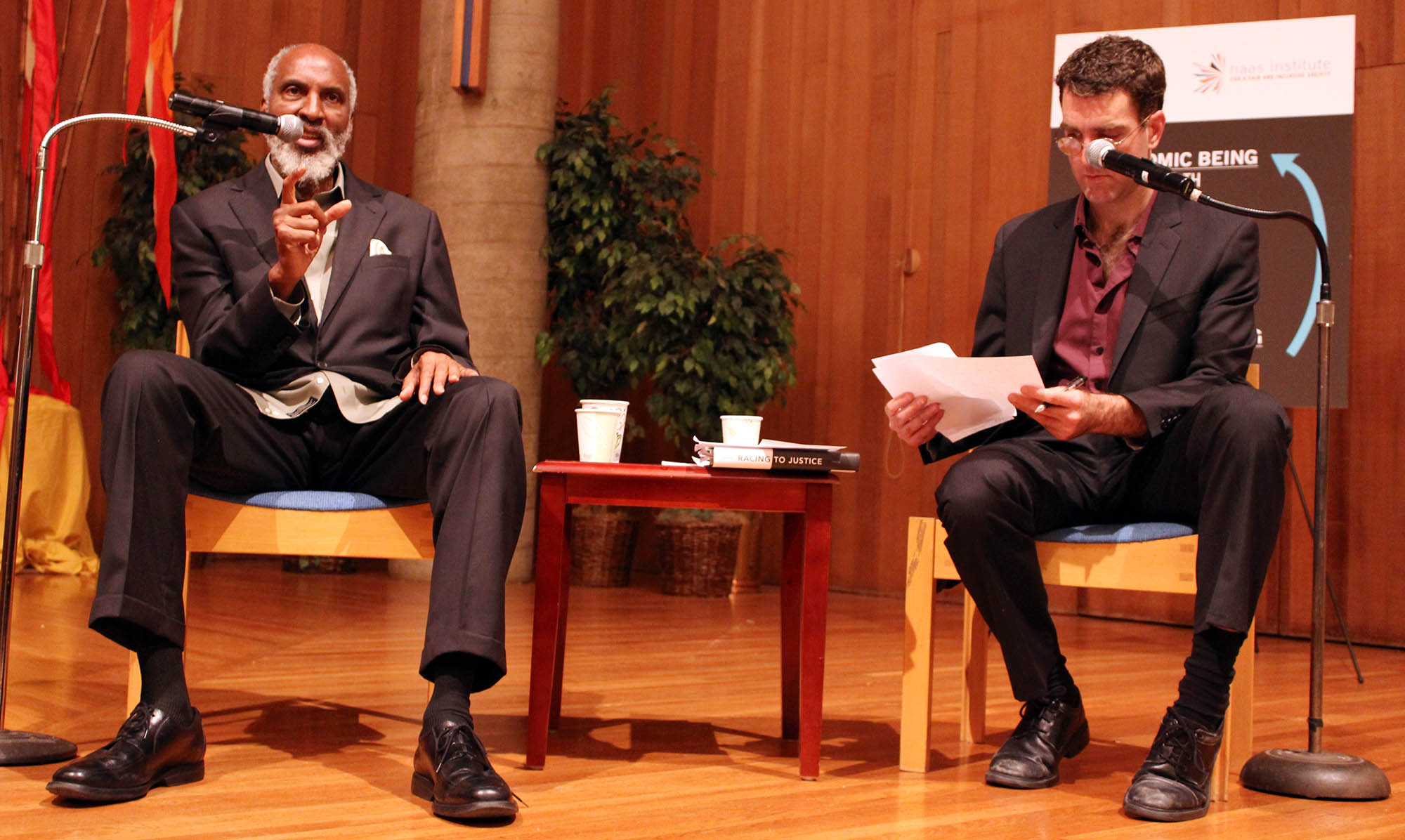 “Race is a little bit like gravity,” he told more than 100 audience members at Berkeley’s St. John’s Presbyterian Church, who were gathered that evening to hear powell talk as part of a lecture series hosted by Bay Area radio station KPFA. “We’re all affected by it, but we don’t really understand it,” he said. “Race is incredibly complicated and even the experts struggle with it.”

"Ferguson has been a long time coming. [It's] the modern expression of the slave patroller."

powell then did just that, leading the audience through a complicated history of the construction of race in America, synthesizing history, psychology, racial theory, and U.S. politics to offer a difficult portrait of American society.

Race, powell said, is both culturally malleable and socially constructed by and for the benefit of elites. He began his historical journey through American race relations before the Civil Rights Movement, before Jim Crow, and even before America’s founding. Instead, powell rooted his racial history with the early American colonies, specifically with Bacon’s Rebellion, a revolt led by white indentured servants who desired a greater portion of the colonial pie. 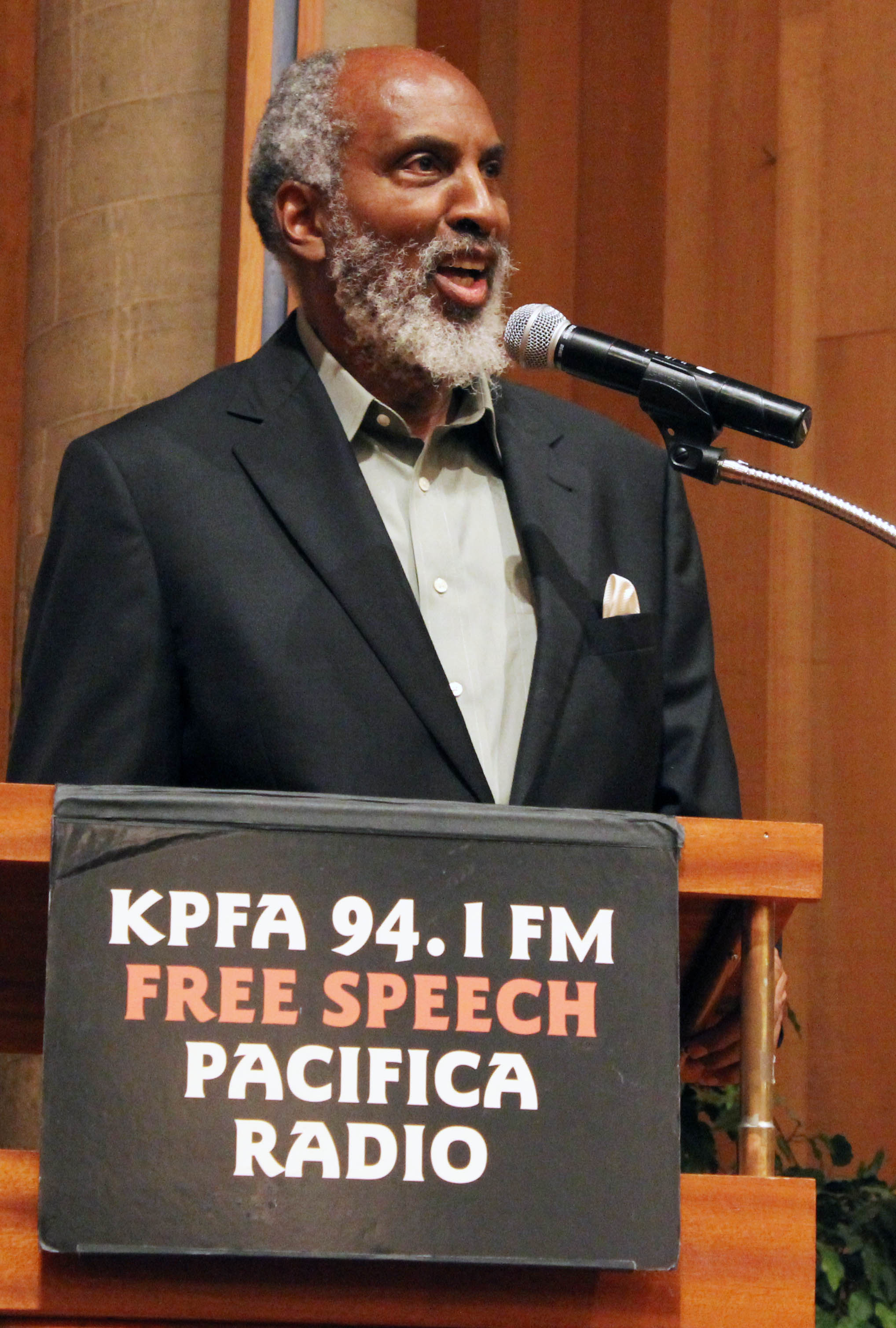 Threatened by the growing alliance between these European indentured servants and enslaved Africans, who likely recognized the similarities of their economic and social interests, colonial elites developed a new class, a white “middle stratum” who were given privileges and power over the black slaves. This white middle-class could only look from afar at the elites — an early “divide and conquer” strategy that remains deeply ingrained in America’s racial psyche today. Although race has evolved since then, notably with the addition of new racial groups and mixed race individuals, manifestations of these “slave patrollers” remain today, as is evident in Ferguson, MO, where a virtually all-white police force patrols a majority-black community.

powell, however, went further, declining to analyze racism as the fault of individuals or even individual groups. “It’s about institutions,” he said, offering numerous examples of the times when American institutions were founded on, promoted, or enforced racist polices. The New Deal, he said, “was a great deal if you were white.” Social Security, the program that largely created America’s middle class, implicitly excluded blacks and other minorities.

When President Johnson finally pushed the federal government to actively foster a more equitable society by signing the Civil Rights Act in 1964, he noted grimly that he had “delivered the South to the Republican Party for a long time to come.”

This was incredible, powell said, because “The only thing [the South] hated more than Republicans were blacks.” After all, the Republicans had led the fight against the South during the Civil War nearly a century prior.

Johnson’s prediction, of course, could not have been more accurate. Most recently, the American South voted nearly entirely Republican in Tuesday’s contentious midterm elections.

powell’s speech was followed by a brief question and answer session, where powell fielded queries on a variety of topics, including how he personally remains positive in the face of such deep and ongoing social inequities, and what actions society can take to allay America’s deep racial anxieties.

Fundamentally, powell said, American society is “fraught with domination, fraught with exclusion.” America must expand conceptions of “who belongs” in society and “who is part of the circle of human concern,” he said.

“Ferguson has been a long time coming,” powell concluded. “[It’s] the modern expression of the slave patroller.”