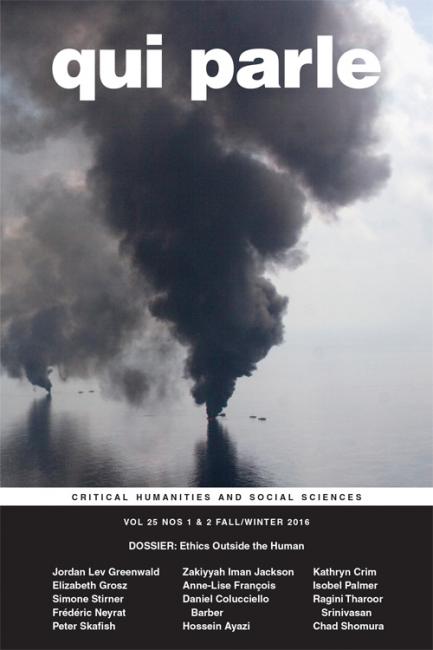 In 2015, Duke University Press published Lisa Lowe's acclaimed paradigm-shifting monograph, The Intimacies of Four Continents. In her book, Lowe examines the consolidation of modern liberal thought—a broad term describing citizenship, freedom, legal personhood, markets, private property and other such familiar political arrangements, concepts, and promises—in relation to the late eighteenth- and early nineteenth- century colonial relationships that connected the continents of Europe, Africa, Asia, and the Americas. She argues that these relationships of appropriation, dispossession, and violence, and the consolidation of modern liberal thought were co-constitutive, despite and by way of attempts to present such thought as transcending these colonial contexts.

Hossein Ayazi, Research Fellow at the Haas Institute’s Global Justice Program, and UC Berkeley PhD Candidate, has reviewed Lowe’s monograph. His review essay, published in Qui Parle, not only assesses the significance of The Intimacies of Four Continents for scholarship on the histories of and links between capitalism, colonialism, modern political subjectivity, and race and other forms of social difference. It also situates the text in relation to contemporary manifestations of racialized state violence within the U.S. and abroad, and calls for a critical assessment of the paths through which we seek to frame and build equitable and just societies within a global context. Find his review here.