“As Ian Haney Lopez demonstrates, the vocabulary of race has changed. Nonetheless, race is still skillfully used to distract our attention from ongoing and pernicious disparities in economic opportunities. Read this terrific book to understand how dog whistle politics enables the wealth gap to stay the same and even to get worse not just for blacks or other people of color but for the white working class as well.” -- Lani Guinier, Bennett Boskey Professor, Harvard Law School

DOG WHISTLE POLITICS links the conversations between economic inequality and race in the United States. It is about the coded racial messages politicians have sent their constituents --  from Richard Nixon’s “southern strategy” in the 1960s which courted white voters, to more recent dog whistles, such as referencing Barack Obama’s use of a teleprompter to question his intelligence. Haney Lopez argues these racial appeals wrecked the middle class -- and he traces their use in recent history, such as their adoption by Democrats beginning with Bill Clinton. Haney Lopez also analyzes the critical shift during the presidency of George W. Bush whose administration promoted additional racial stereotypes, such as portraying Muslims as terrorists and Latinos as illegal aliens.

Ian Haney López is the John H. Boalt Professor of Law at the University of California, Berkeley. An incisive voice on white identity since the publication of his path-breaking book White by Law, he remains at the forefront of conversations about race in modern America. A past visiting professor at Yale and Harvard law schools, in 2011 he was awarded the Alphonse Fletcher Fellowship, given to scholars whose work promotes the integration goals of Brown v. Board of Education. 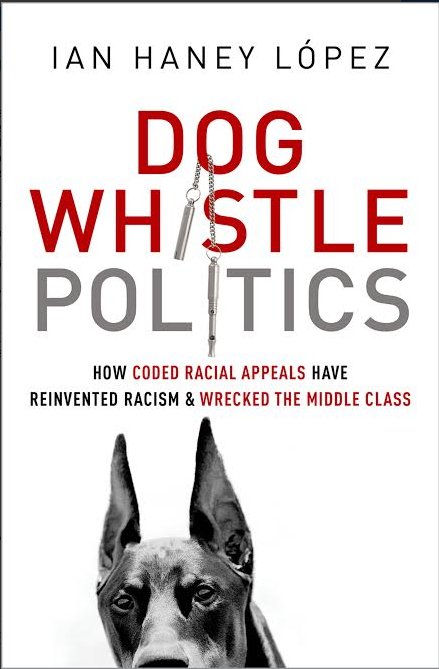