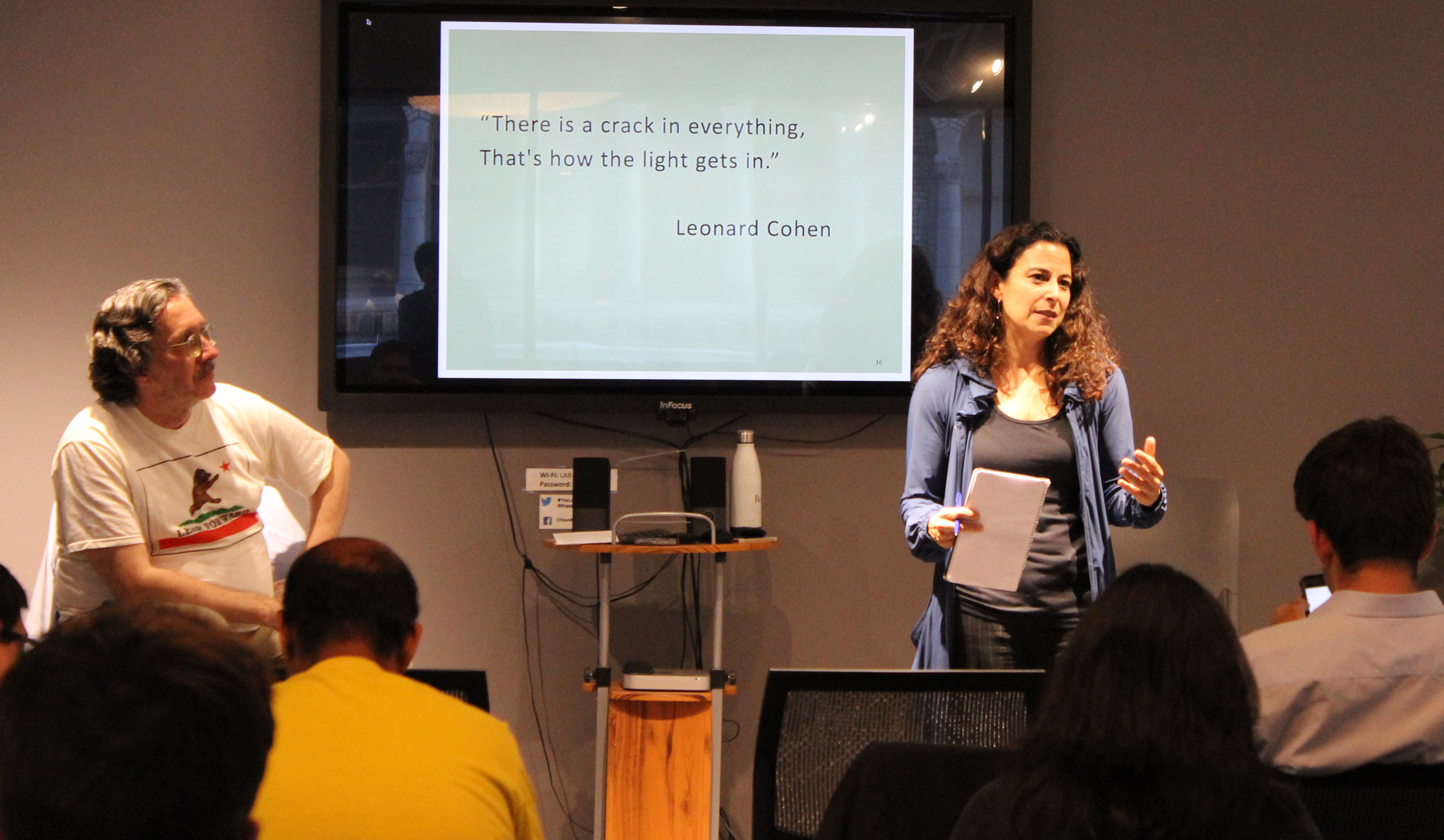 OAKLAND, CA: Can people on the left and right come together in our deeply divided society to challenge proposals and projects they view as harmful to their communities, and win?

Not only are the formations of these unlikely alliances possible, they are proving to be some of the most effective strategies to take on unpopular government measures, Karen Trapenberg Frick, Assistant Adjunct Professor of City and Regional Planning at UC Berkeley, explained at an event at Oakland's Citizen Engagement Lab on Thursday.

Speaking as part of the Haas Institute’s Thinking Ahead lecture series on the topic of “Rethinking Activism: Strange Bedfellows in Digital Organizing,” Frick detailed three recent case studies she researched in different parts of the country in which city planners and local governments were dealt blows by citizens on the left and right who collaborated to defeat transport and infrastructure proposals.

“Across the cases, the planners I interviewed were quite dismayed. They were working on these projects for years,” Frick said.

“What I heard more often than not, and often unprompted, was some of the core concerns of the people on the right are legitimate and real, and we ought to be as planners taking those into consideration,” she added.

The three case studies she detailed included a tax proposal in Georgia that brought together the Tea Party, Sierra Club and to a lesser extent the NAACP, a proposal in Gainesville, Florida for a rapid bus transit system opposed to by both white conservatives who worried about costs and property rights as well as residents of black neighborhoods who just wanted a basic bus service, and a proposal to rebuild the bridge that links Portland with Washington state.

The coalitions built between the left and the right took different forms in each case, Frick explained, categorizing them as either “ephemeral,” “emergent,” or “established.”

“Established” coalitions, like that which formed in Georgia, are alliances that start off with the aim to take on a single issue, but develop into a more formal, branded organization. After defeating a measure for a statewide sales tax in Georgia, the left-right alliance later morphed into the “Green Tea Coalition” which campaigned for other issues in the state, including solar power and renewable energy.

The Gainesville case resembled more of an “emergent” coalition, whereby a left-right alliance came together on a number of issues, without establishing a branded movement. In this example, middle class Tea Party members supported calls by poorer, black residents in east Gainesville for a basic bus service. After establishing some trust between the two sides, many in east Gainesville would later support the candidacy of a Tea Party candidate who won Gainesville’s 2013 mayoral election in a major upset.

In Portland, a “Green Tea Party” emerged against the construction of a new, high-cost bridge,  which, unlike Georgia’s “Green Tea Coalition,” would fizzle out following their victory against the proposal, making it an "ephemeral" coalition.

Citing a phrase used by the Congressional Black Caucus that says “Black people have no permanent friends, no permanent enemies. Just permanent interests,” Frick expressed hope the same theme could be used by left-right coalitions to form deeper bonds across the country.

“This has been on my mind, how we can practice agonism [as opposed to antagonism], with permanent interests. And maybe over time when you have your interests [aligned] you guys can establish trust in coalitions,” she said.