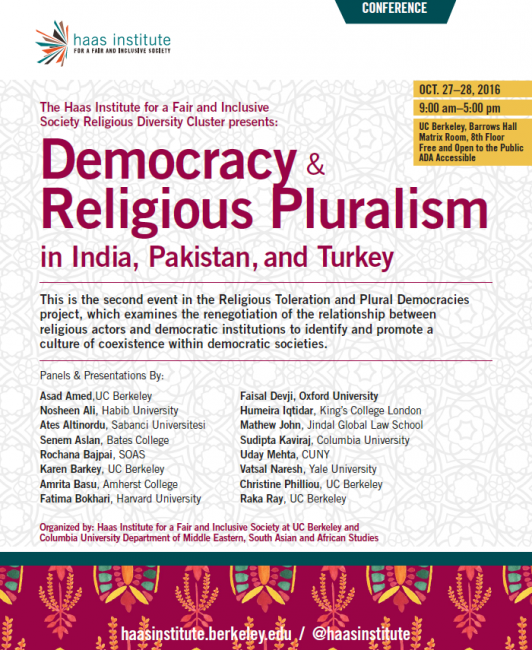 This is the second event in the Religious Toleration and Plural Democracies project, which examines the renegotiation of the relationship between religious actors and democratic institutions to identify and promote a culture of coexistence within democratic societies. This event is presented by the Haas Institute's Religious Diversity research cluster. The goal of the Religious Diversity Cluster is to understand the ways that religious diversity affects inclusiveness, fairness, tolerance, conflict and other aspects of social cohesiveness, health and well-being. Download the flyer.

Organized by: Haas Institute for a Fair and Inclusive Society at UC Berkeley and Columbia University Department of Middle Eastern, South Asian and African Studies