BERKELEY, CA: In the midst of the ongoing conversation on the Bay Area housing crisis, the Haas Institute for a Fair and Inclusive Society at UC Berkeley and a coalition of partners from Richmond, California, released a report Friday that highlights a comprehensive set of solutions at the local level.

The “Housing Policy and Belonging in Richmond” report, which includes a set of poems by local residents including Richmond Poet Laureate Ciera-Jevae Gordon, and pictures of a know-your-rights housing mural, explores why and how Richmond can continue to lead on creating and implementing policy towards a more equitable housing landscape.

The report outlines policies that can be implemented in cities and counties across the region, focusing on those that address racial and economic exclusion, historical disenfranchisement, segregation, zoning, community health, and other issues. 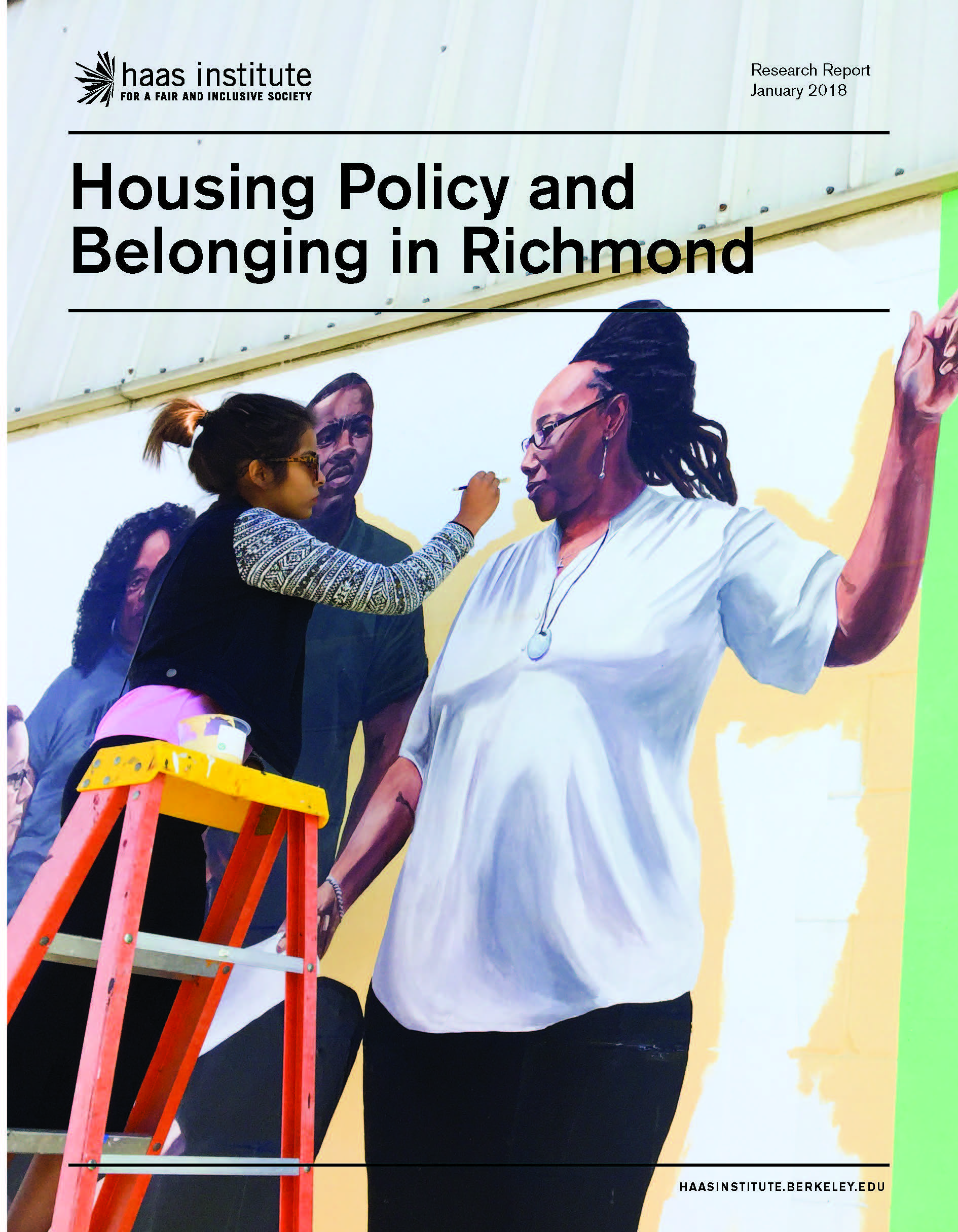 “This report demonstrates how cities can lead despite the crisis in the federal administration. In many ways, Richmond as a city and its residents are at the forefront of racial justice efforts in the Bay Area,” Eli Moore, one of the lead authors of the report, said.

Evan Bissell, the report’s other lead author, added: “This report, which is an outcome of over a year of collaborative efforts with Richmond organizations and residents, is a unique combination of policy, statistics, history, and powerful stories told through art.”

Until recently, Richmond was a city with a predominantly Black population, but in recent years the city has faced a greater loss of its Black population compared to other major Bay Area cities like San Francisco and Oakland.

Despite its affordability when looking at regional comparisons, Richmond renters are among the most overburdened by costs in the Bay Area, and many homeowners have been locked out of the housing market since the foreclosure crisis.

Key recommendations highlighted in the report include:

The report also details recent legislative successes in Richmond through efforts by citizen groups that led to the adoption of rent control and Just Cause for Eviction laws, as well as a ban on affordable housing applications from asking applicants to reveal prior convictions.

The report serves multiple purposes: for policymakers, it offers recommendations to transform Richmond into a more inclusive city; for local residents, the report shows that a better housing landscape is possible and provides practical information and resources; and for organizers, it outlines some of the most pressing housing-related issues that need to be addressed through organized efforts.

Emphasizing that the goal is not just focused on providing housing for residents, the report underlines the need for residents to experience a sense of belonging in their communities.

“To describe housing without understanding belonging is to speak of statistics without people, place without human texture, buildings not home,” the report states.

Apr
01
[CANCELLED] Beyond Solutions to the Housing Crisis: A discussion on the past, present, and future of housing (in)justice in the Bay Area
Apr
10
Immigration Reform in California Agriculture
Apr
14
Crossroads and Cyborgs: The Speculative Design of John Jennings