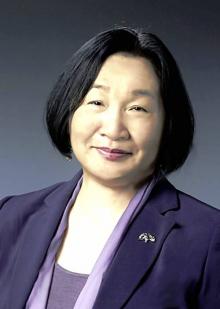 The Haas Institute for a Fair and Inclusive Society is excited to welcome former Mayor of Oakland and experienced public servant Jean Quan. Jean Quan will be joining the Haas Institute as a Senior Fellow, working on special projects as well as with the Government Alliance on Race and Equity (GARE) team.

Over the next year, she will focus on advancing a number of initiatives ranging from developing a workshop on the use of data in police reform, to supporting the development of local cohorts across California of local government explicitly advancing equity.

Aside from her experience as the first female Mayor of Oakland, Jean also brings 12 years of experience as a member of the Oakland School Board, where she consistently took on leadership roles including chairing the California Urban Schools Association, the Asian Pacific Islanders School Board Members Association, and the national Council of Urban Boards Association. As a council member, Jean Quan also contributed to pioneering legislation on issues ranging from equal language access to green initiatives, such as mandatory composting. Her public office experience and perspective will be a significant benefit to GARE’s mission and work.

“It's an honor to work with john powell and be a part of his pioneering efforts,” Jean recently said. “As someone who grew up in the Civil Rights movement and who was part of establishing Ethnic Studies at UC Berkeley, it’s exciting to come back to Berkeley at another time when the nation is returning its attention to institutional racism.”

Professor john a. powell, Director of the of the Haas Institute noted, “Jean Quan's depth of experience as Oakland's first female mayor, and the first Chinese-American female mayor of a major US city, will add valuable perspective to our work engaging with government staff on racial equity.”

May
18
Virtual Conference: Plessy v. Ferguson and the Legacy of “Separate but Equal” After 125 Years
May
27
Beyond Solidarity: Bridging the Black-Asian Divide
Jun
04
Targeted Universalism: Practice and Policy to Advance Equitable Systems Change