Professor Nancy Krieger (Harvard, UCB Alum) along with Professors Mahasin Muhajid and Corinne Ridell (UCB) will engage in conversations about the impact of slavery and racial discrimination, poverty, the "isms' and place on the excess disease and death rates from COVID-19 among African American and other communities of color.  The session will focus on some of the thorny issues related to collecting and analyzing relevant social data on COVID-19; and also on advancing a social justice agenda in addressing racial/ethnic disparities in disease rates.  The conversation will be moderated by Professor Rachel Morello-Frosch. 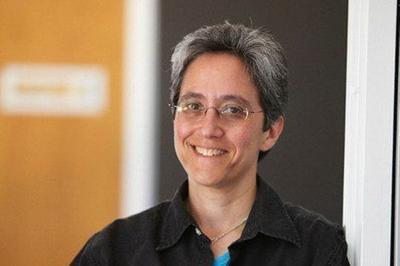 ancy Krieger is Professor of Social Epidemiology and American Cancer Society Clinical Research Professor, in the Department of Social and Behavioral Sciences at the Harvard T.H. Chan School of Public Health (HSPH) and Director of the HSPH Interdisciplinary Concentration on Women, Gender, and Health. She received her PhD in Epidemiology from the University of California at Berkeley in 1989. Dr. Krieger is an internationally recognized social epidemiologist, with a background in biochemistry, philosophy of science, and the history of public health, combined with over 30 years of activism linking issues involving social justice, science, and health. In 2004, she became an ISI highly cited scientist (reaffirmed: 2015 ISI update), a group comprising “less than one-half of one percent of all publishing researchers,” and in 2019 she was ranked as being “in the top 0.01% of scientists based on your impact,” for both total career and in 2017, by a new international standardized citations metrics author database, including as #1 among the 90 top scientists listed for 2017 with a primary field of public health and secondary field of epidemiology (https://doi.org/10.1371/journal.pbio.3000384). In 2013 she received the Wade Hampton Frost Award from the Epidemiology Section of the American Public Health Association, and in 2015, she was awarded the American Cancer Society Clinical Research Professorship.

Informed by an analysis of the history and politics of epidemiology and public health, Dr. Krieger’s work addresses three topics: (1) conceptual frameworks to understand, analyze, and improve the people’s health, including her ecosocial theory of disease distribution, focused on embodiment and equity; (2) etiologic research on societal determinants of population health and health inequities, including structural racism and other types of adverse discrimination; and (3) methodologic research to improve monitoring of health inequities. She is author of Epidemiology and The People’s Health: Theory and Context (Oxford University Press (OUP), 2011), editor for the OUP series “small books with big ideas for population health”), and author of introductions to the first two books in the series (Political Epidemiology & The People’s Health, by Jason Beckfield, OUP, 2018; Climate Change & The People’s Health, by Sharon Friel, OUP, 2019). She also is editor of Embodying Inequality: Epidemiologic Perspectives (Baywood Press, 2004) and co-editor, with Glen Margo, of AIDS: The Politics of Survival (Baywood Publishers, 1994), and, with Elizabeth Fee, of Women’s Health, Politics, and Power: Essays on Sex/Gender, Medicine, and Public Health (Baywood Publishers, 1994). In 1994 she co-founded, and still chairs, the Spirit of 1848 Caucus of the American Public Health Association, which focuses on links between social justice and public health.