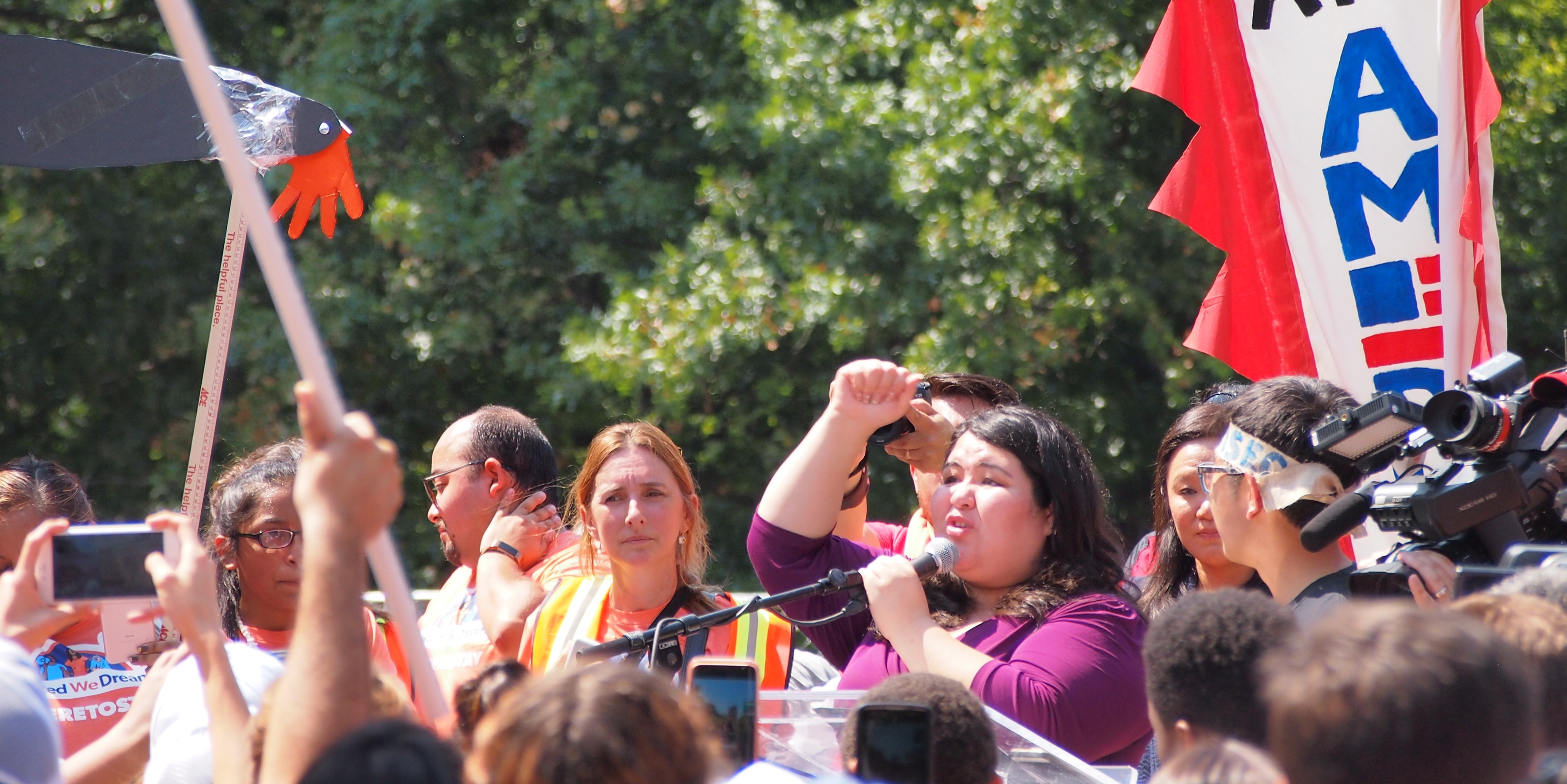 At many times over the past eight months (and longer), this country has stood on the edge of the precipice of our values as we asked ourselves what truly "makes America great."

From the travel ban on Muslims, the indifference to the water in Flint, the deafening silence to the continued slaughter of trans women of color and the attempt to revoke critical healthcare from millions of people, to the blind eye to white supremacy in Charlottesville, the presidential pardon of torturer Joe Arpaio, and the rampant fear felt by immigrants of being targeted for deportation while trying to survive Hurricane Harvey in my hometown -- each time this country's leadership has been faced with an opportunity to stand with, not against, the people who call this country home, they have made the wrong choice, choices that will have dire consequences for generations to come.

The cruel decision to end the DACA program after five years of measurable and heartfelt success is yet another wrong choice, one rooted in an inconsolable fear of the loss of white power.

As a DACA recipient for the past four years, this day comes not as a shock, but as an unfortunate confirmation that it is the very character, humanity and worth of immigrants that is under question, not simply our contributions or our ability to pay taxes.

More than a sense of disgust at the boundless cruelty of this administration, I am more disappointed in the shift in our own collective discourse and imagination as a country.

We continue to push forth a damaging narrative of who is worth inviting to the American dream, one that seeks to deem criminal the courage to migrate in any direction of hope and survival, one that holds immigrants to a double standard of perfection and threatens to deport them at the slightest of human mistakes, and one that, in the words of john powell, seeks to exclude from the circle of belonging those of us who will never neatly fit into the picture of what this country believes itself to be.

With or without DACA, you are worth so much more than what this country chooses to afford you at its whims. No matter where you are right now, know that you are seen and heard and held by community, and that your feelings are valid. Even as we remember that DACA was and never will be enough, I strongly encourage those impacted by its ending in whatever way to seek out community and mental health support today.

Your best revenge today is not only to survive, but to thrive and to take up space and to love and to fight for others and to keep the fire within you lit, no matter how heavy the rain, as its own act of resistance.

The exclusion of those of us who have always been told we will never belong only commits me deeper to the work of being stewards of our own stories and of painting, for ourselves and for each other, a new and inclusive reality.

To quote the late-American historian Howard Zinn: “The future is an infinite succession of presents, and to live now as we think human beings should live, in defiance of all that is bad around us, is itself a marvelous victory.”

-------
About the author: Kemi Bello is a former Haas Institute summer fellow and currently works as a communications manager at the Immigrant Legal Resource Center. Kemi was born in Lagos, Nigeria, and migrated to the U.S. at the age of six. Upon learning she was undocumented in high school, she joined the immigrant rights movement as a community organizer. Kemi has also conducted research and policy analysis for the labor rights movement and fundraised at the intersection of arts & culture and social change. She is a math and economics alumni of the University of Houston and aspiring data scientist.