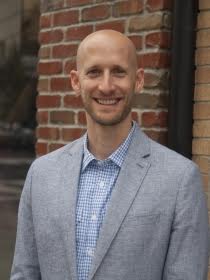 Halfway through the event “From Domination to Prosperity: Building an Economy Where We All Belong,” john powell, the director of the Haas Institute, asked Sabeel Rahman and fellow panelists a question that went to the heart of the conversation many believe we need to be exploring: Can progressives really build an organized movement that truly is inclusive?

powell prefaced his question with a challenging remark on Rahman’s book, Democracy Against Domination, which served as a focal point for the discussion. The book finds in the Progressive Era (roughly 1880-1920) an historical parallel for the problems of economic power, democracy, and inclusion in the New Gilded Age, and the caliber of progressive thought and action to address them. Essentially, powell pointed out that the book rightly calls for structural intervention yet favorably cites the era’s populist and progressive movements, which were successful in large part because of their exclusionary nature.

Rahman responded to powell’s inquiry with appreciation, even enthusiasm. He acknowledged that a radically inclusive movement is a tall order and has never been achieved in American history, but added that right now we have a rare opening to achieve it.

I agree and want to step into this opening with challenging remarks of my own; perspectives I consider essential to the inclusive movement and future we want. In choosing to present an alternative vision, I may risk alienating those readers who expect me to prioritize the panelists’ views. Should you fall into this camp—and even if you don’t—I encourage you to read Rahman’s essay adapted from his book. Rahman’s opening remarks to the panel tracked relatively closely to the essay, and the panel by and large echoed and elaborated on his themes with material from their own work and lives.

To further explain my choice, how else are we to interpret powell, other than as telling Rahman that his historical parallel, and thus his vision of 21st century progressivism, doesn’t cut it? I, for one, hear powell issuing a clarion call to progressives to question core assumptions and think differently; to find different historical parallels and tell a new story; to reimagine what is possible (as the panelist Kate O’Hara of East Bay Alliance for a Sustainable Economy urged) and recreate democracy (as Rahman argues) in a new self-image.

Depending on where you stand in relation to this knowledge revolution, the following perspectives may strike you either as absurd or as common sense and what ought to become the new normal. If the former, I give you Einstein: “If at first the idea is not absurd, then there is no hope for it.” Take the clergy peering into the Bible upon the arrival of Galileo and Locke. Take the modern rational-scientific man, a white, heterosexual, able-bodied man, worshiping the market’s invisible hand and privileging from the natural order of things upon the arrival of Freud and Foucault.

If the latter, then give of yourself, give everything you have to “making the revolution irresistible,” as Grace Lee Boggs implored.

Recalling powell’s original question, “Can we build an organized progressive movement that truly is inclusive?,” I know the answer to be unequivocally, yes! While I don’t know that I can make an epoch-making revolution comprehensible and irresistible in one essay, I’ll aim instead for your curiosity and desire to engage these ideas, which need to be unpacked. Here goes—remember, we’re trying to achieve something that’s never been done before.

Transpartisan is the New Progressive

A movement that is truly inclusive cannot get off the ground unless one of its first principles is non-exclusion. This means the movement cannot be politically or intellectually partisan. It must be transpartisan. If politics entails choosing sides, then, paradoxically, the movement’s stand is against one-sidedness and for inclusiveness. Its mindset and identity must—through metacognition and meta-frameworks—honor and promote the constructive interrelating of all other political mindsets and identities, all other philosophies and ideologies, all other values-based worldviews.

Contrast this project with the progressive populist, cross-racial, cross-ethnic, cross-faith, cross-identity, cross-issue movement discussed by the panel and in the aspirations of the zeitgeist. The movement has much to recommend it, including busting silos on the left and building power on a mass scale. Nonetheless, so long as this movement is conceived as a left movement and is wed to a singular movement paradigm (i.e., intersectionality) that issues forth from a single epoch’s philosophy, or what Karl Mannheim called a “total ideology” (i.e., postmodern social construction of reality), it cannot be for the whole of society, it cannot create a political economy and culture where all belong.

Does this view make sense to you? Intrigue you? Under the lights of the main stage at the recent Othering and Belonging Conference, which was highly politicized and passionately left, powell said, “This is not a progressive conference. This is a conference about belonging.” powell, I have observed, loves to frame things as creative tensions. When these words came out of his mouth, my jaw dropped. This might be the creative tension to rule them all.

Toward the end of the panel, market fundamentalism came under fire. Rahman deconstructed the notion that the market is a force of nature, saying that it’s an exercise of power and making this case to the public is what’s redeeming about the Progressive Era. Panelists voiced their approval. Books were recommended, such as The Illusion of Free Markets. This coordinated effort was all well and good, but the question we ought to be asking ourselves is why, when the modernist revolution of 1776 proved successful in undoing the divine right of kings, was the postmodernist revolution of 1968 unsuccessful in undoing “the divine right of capital” (which is the title of another commendable book)? The situation, as we know, has only gotten worse, much worse, in recent decades.

The problem of economic power is difficult to grasp, let alone resolve, with our current way of thinking, where, firstly, progressives look to exterior (i.e., material) realities for the cause and cure of suffering and are uncomfortable looking to interior (i.e., mental) realities for a way forward. Secondly, within this interior realm of consciousness and culture, egalitarian-minded progressives reject the principle of evolution, which is the way forward (and explains how we got here).

On the other side of the next knowledge revolution, we see that everything is stratified—not just material conditions. Our worldview and way of being is rooted in the 50,000-year evolutionary spiral of human consciousness and culture. We use sophisticated maps of the multidimensional and multi-leveled landscape of interior development to bring compassionate understanding to self and other (i.e., meet people where they are); promote health and well-being at each level of knowing and being; and encourage growth along the spiral, where every step up constitutes a decline in egocentrism and expansion of one’s circle of human concern (e.g., from egocentric “me” to ethnocentric “us” to worldcentric “all of us”).

From this new vantage point, we see that the paradoxical nature of 1968 has something to do with the left’s feebleness in the face of corporate domination. For, the revolutionary Sixties would not have been possible without postmodern constructivism deconstructing the many varieties of historic-cultural prejudice in the modern world, which, until this time, was thought to be pre-given and objectively knowable. At the same time, the postmodern left’s obsession with exterior realities played right into the materialist hands of modern capitalists.

Throw in the left’s rejection of cultural evolution, which is well intentioned but based on a profound confusion and failure to distinguish between growth hierarchies and dominator hierarchies, and the conditions were set for corporate power to become even more hegemonic. Not only so, in the absence of a genuinely progressive (i.e., evolutionary) view of moral and intellectual life to challenge the status quo and rise above it, a pressure cooker was created in which a mix of regressive and reactionary movements could, and indeed have, bubbled up to the surface.

And so, here we stand, precariously. powell closed the panel with several spot-on remarks that I will close with, too. Our movement will fail unless we tie it to a strategy and politics (powell attributed this insight to Jonathan Smucker’s book Hegemony How-To). Our movement will have strange bedfellows. The center will not hold. A lot of things will be up for grabs.

About the Author: Jordan Luftig builds bridges to places we’ve never been—in our psyche and as a society. Since 2007, he has worked as an educator, coach, conference organizer, and grantmaker to quicken the emergence of inclusive, integrative futures.