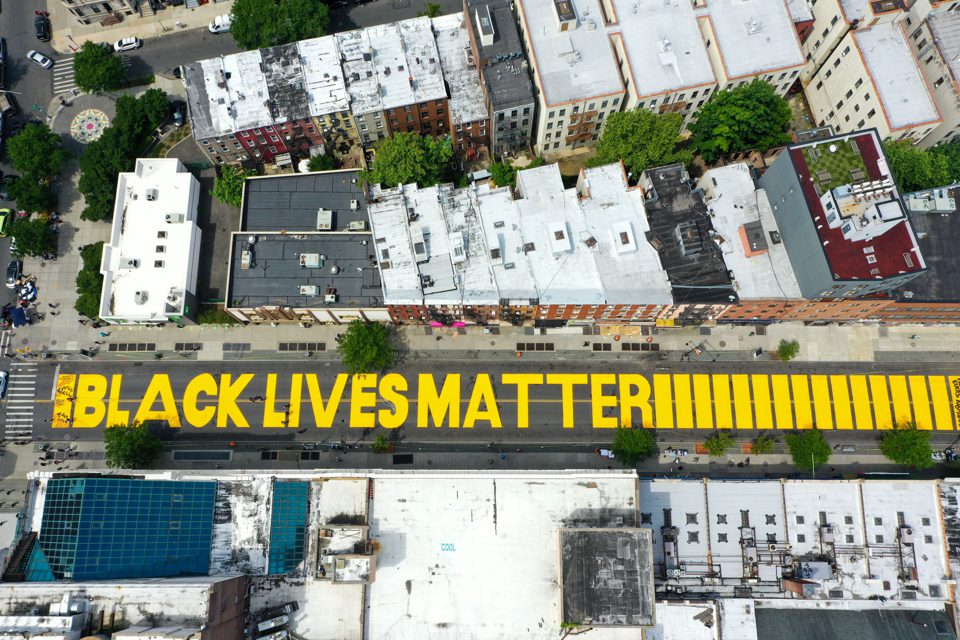 I’ve lived in and traveled to all corners of the country talking to people about race for many years. One question that many people new to understanding racism are asking is, “What’s wrong with saying all lives matter?” Sometimes the question is asked earnestly, and sometimes it’s a defiant retort to “Black Lives Matter.”

The idea that all lives matter is certainly true. All lives should matter. We all have a stake in supporting our shared and collective humanity. As the pandemic has shown, every person’s health and well-being is intimately bound together, whether you’re in a city of 10 million in China, in a small town in Italy, or at Carnival in New Orleans. Our care needs to extend to all of us, as well as to other species.

Yet the problem with "all lives matter" is that it’s based on the myth that all racial groups are situated similarly, that we all have equal opportunity and access to things like a good elementary school, a bank loan, a doctor who believes us, healthy food, and that we can all rely on and trust government institutions, like schools and law enforcement, to care for us. For example, most white people more or less have faith that they can call the police, and the police will help them out. Black communities are much more hesitant because they understand that the outcomes can be deadly.

All lives matter also ignores history and resists efforts to improve the lives of Black people specifically, who have been struggling for 400 years under the weight of anti-Black racism to belong in this country and to have our humanity seen. A recent study found that the impact of trauma from oppression and violence can be detected in families for five generations. Could your great, great grandparents vote? Could they own property? Were they lying in bed at night afraid? Were they allowed to go to school? Could they read? Were they migrating across the country to escape violence? Were they barely surviving or dreaming of an exciting future?

Putting Our Different Experiences in Context

Black Lives Matter is saying people are being attacked by the police because they are Black. While whites might be concerned about being mistreated by the police, I have not heard of a white person saying they were mistreated or attacked because of their whiteness.

So when you say “all lives matter,” you are making a statement based on the false perception of a post-racial society, which means we’re free from racism. We know that’s not true. And by denying the reality of where racial groups are situated, that statement in effect maintains structures built on a foundation of white supremacy.

Because it can be easily misunderstood, I’ve even been critical of the term “Black Lives Matter.” What that term is really saying is that “black lives matter too.” But that nuance gets lost to many whites when you don’t explain that, and you instead risk engaging in what I call “breaking.”

Breaking language frames efforts for equality and justice as being “us vs. them,” a zero-sum game where one group’s benefit comes to another group’s detriment, and inevitably gives rise to a backlash. The “all lives matter” retort is an example of that backlash.

As an alternative, what I advocate for is “bridging,” meaning we want to engage with other groups, and we are willing to hear their story and their suffering. Their humanity is not called into question. We can be part of a shared fabric. To recognize someone’s full humanity does not entail either agreeing with them or measuring against our own. We understand that racial justice and equality are not zero-sum games.

To assert that Black lives, that gay lives, that women are of equal value does not entail a put-down of cis straight white males. But it suggests that much of our practices and norms at one time were explicitly designed to say some people matter, and others don’t.

Editor's note: The ideas expressed in this blog post are not necessarily those of the Othering and Belonging Institute or UC Berkeley, but belong to the author.