BERKELEY, CA: A pair of UC Berkeley research institutes on Thursday co-released a collection of essays from influential scholars that examine the political conditions that led to the rise of Donald Trump and some of the consequences of his presidency on US society and the world.

As the world bids farewell to perhaps the most polarizing and bizarre presidency in modern US history, the new book, "Trumpism and its Discontents," produced by the Othering & Belonging Institute and published by the Institute of Governmental Studies, offers a deep and crucial examination of how we got here.

"Donald Trump did not come out of nowhere. He is the product … of a long fomenting and incubating project. He and the politics he represents are a part of a time-weathered struggle for power—for the right to dominate—over identity, over who belongs," john a powell, director of the Othering & Belonging Institute, writes in the book's foreword. 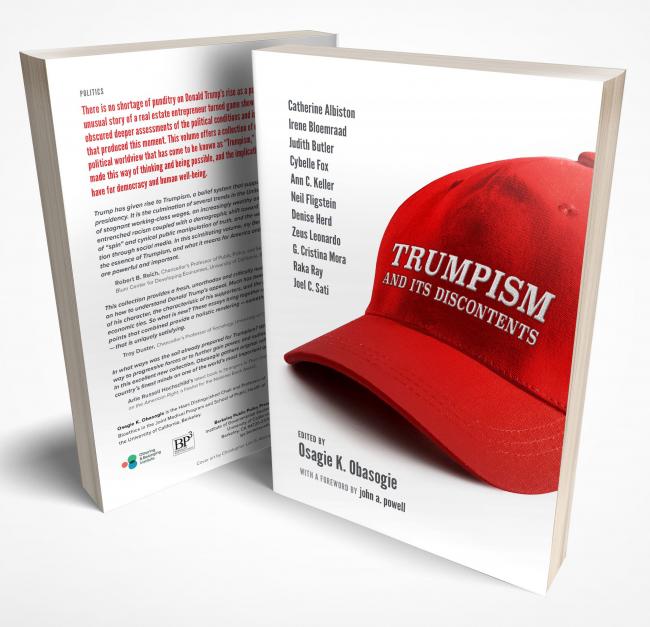 Although Trump won't be around for a second term, his opponents may still find it concerning that despite the past several years of dysfunction, persistent lying, hateful messaging, abuses of power, and the dismemberment of public institutions, Trump still came away with the second highest popular vote tally in US history in this month's election.

This is a clear and worrying sign that Trumpism, even after Trump's defeat, may reemerge in society and politics in various expressions unless the country is able to identify and address the problems that gave rise to it. That's in part what the book's contributors attempt to do.

"The victory by President-elect Biden does not, in itself, signal the end of Trumpism. Indeed, this may very well be a new beginning. This volume is designed to help readers understand the scope of Trumpism as a political ideology and, in turn, help democratic institutions respond to its reverberating influences over the next several years," said Osagie K. Obasogie, who is the book's editor and Haas Distinguished Chair and  Professor of bioethics at UC Berkeley.

The 230+ page book is published by Berkeley Public Policy Press, the publishing arm of the university's Institute of Governmental Studies. A hard copy of the book will soon be available for purchase on IGS's website.

Currently it's available for download for free in PDF form, and viewable in web form, on the Othering & Belonging Institute's website.

The chapters examine Trumpism in the context of various issues, including speech and race relations, politics of resentment, foreign policy and the existing world order, demographic shifts, and immigration policy.

The book has received praise from other Berkeley luminaries, including Robert Reich, a former US labor secretary and professor of Public Policy, and Arlie Hochschild, a Berkeley professor emerita of sociology, and author of "Strangers in Their Own Land: Anger and Mourning on the American Right," a finalist for the National Book Award.