Amani M. Allen is Associate Professor of Community Health Sciences and Epidemiology at the University of California, Berkeley, School of Public Health, where her research focuses on race and socioeconomic health disparities and the measurement and study of racism as a social determinant of health.

Her broad research interest is to integrate concepts, theories and methods from epidemiology and the social and biomedical sciences to examine racial inequalities in health as they exist across populations, across place, and over the life-course. Allen is Principal Investigator of the African American Women’s Heart & Health Study, which examines the association between racism stress, cardiometabolic risk, and biological stress more generally, among African American women in the San Francisco Bay Area. She is also Co-Principal Investigator of the Bay Area Heart Health Study which examines similar associations among African American men with an emphasis on coping and internalized racism. Her research has included work on doctor-patient race-concordance; the intersection of race, socioeconomic status, and gender on risk for psychological distress, disability, adult mortality, and child health and development; racial segregation; income inequality; and racism stress and a range of mental and physical health outcomes. Dr. Allen has published numerous academic articles in top scientific journals including the American Journal of Public Health, American Journal of Preventive Medicine, Annals of Epidemiology, Annals of the New York Academy of Sciences and Psychoneuroendocrinology, where her recent paper examining racial discrimination, educational attainment and biological dysregulation among African American women was recently named Editor’s Choice. Dr. Allen’s work has been featured on NPR, CBS, The Guardian, and the SF Chronicle, among others. She has received numerous awards for teaching excellence and as a junior faculty member was honored with the singular award for Distinguished Graduate Student Mentoring at the University of California Berkeley.

Allen received her Bachelor of Science (BS) in Biology from the University of Maryland, College Park, her Master of Public Health (MPH) from the George Washington University; and her Doctor of Philosophy (PhD) from the Johns Hopkins University. She was also a Robert Wood Johnson Health and Society Scholar at the University of California, San Francisco and Berkeley.

July 29, 2020: 'It's Happening To All Of Us': The Way Black Women Are Policed Is A Health Issue (Connecticut Public Radio)

July 10, 2020: Berkeley Talks transcript: Can you imagine a future without police (Berkeley News)

May 5, 2002: Quarantine Forced Me to Quit Trying to Be ‘The Strong Black Woman’ (Healthline) 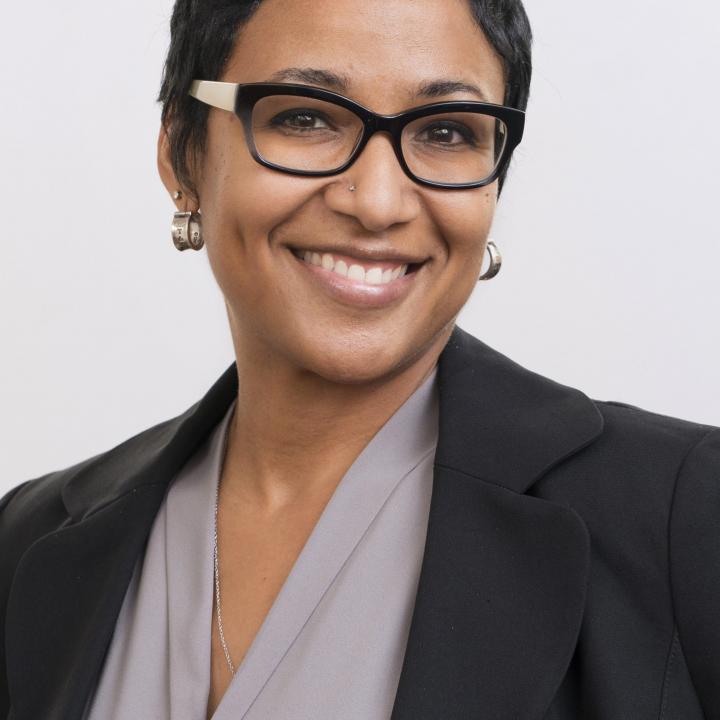 Video: A conversation about racism, health inequities and COVID-19

Emerging data show that African Americans and other U.S. ethnic minorities are being stricken by COVID-19 at a higher rate, and experiencing greater sickness and a higher death toll than other Americans.
Image