Baher Azmy: The US National Security Criminalization, Securitization and Surveillance of Muslim Communities 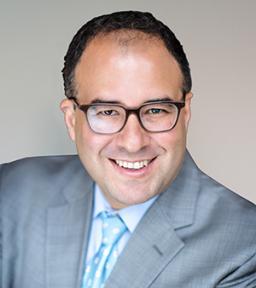 Baher Azmy is the Legal Director of the Center for Constitutional Rights. He directs all litigation and advocacy around issues related to the promotion of civil and human rights. At CCR, he has litigated cases related to discriminatory policing practices (stop and frisk), government surveillance, the rights of Guantanamo detainees, and accountability for victims of torture. In 2012, Baher was selected as one of the top 500 lawyers in America by Lawdragon Magazine. Baher has been published by and appeared on major media outlets including The New York Times, The Washington Post, 60 Minutes, PBS Newshour, and MSNBC.

Q1: How has Islamophobia fueled domestic government abuses perpetrated against Muslim individuals and communities? And how does a culture of heightened security affect not just Muslims, but all Americans?

Islamophobia, or anti-Muslim racism, and the parallel US-driven militarism in Muslim countries across the globe, have created a political and legal framework to alienate and stigmatize Muslim communities which, in turn, has led to a subtle, but systematic practice to surveil, intimidate, harass and ultimately criminalize Muslim communities. In its response to 9/11, the US engaged in a number of extra-legal practices that turned on a presumption that Muslim men, albeit men who were believed to be hostile to the United States, were not entitled to the barest human rights protections, a position not taken by the United States—despite the traditional escalation of executive power in times of war and other horrific acts of wartime aggression—in previous conflicts, including WWII and Vietnam. The United States developed a secretive, off-shore prison in Guantanamo Bay, Cuba, to house a new category of human, an “enemy combatant,” seeking to hold them incommunicado, and indefinitely without any international human rights protections and in order to evade courts and the law. The US suspended the most elementary human rights guarantees against torture, and held dozens of men in secret CIA detention sites across the globe to freely engage in torture. The US also engages in a practice of targeted killings by drone strikes, including outside conventional war zones in Pakistan, Yemen, and Somalia, and while some drone strikes are particularly directed at individuals—including US citizen Anwar Al-Awlaqi—many are so-called “signature strikes” that drop massive bombs on groups of men who fit an imagined profile of a terrorist profile, killing hundreds of innocent people. Then there is Abu Ghraib. These practices trade on assumptions connected to other historical otherings, including of Japanese during WWII or African Americans at home, and today, the myth of the Superhuman Muslim, whose menace cannot be understood or contained. Muslims are so dangerous, they must be housed, incommunicado, in an offshore prison; early depictions of Guantanamo detainees by senior Bush officials referred to them as “superhuman killers” or men “who could chew through the cable wire of a C-17 aircraft.” Muslims are so menacing that normal interrogation techniques will not do—they must be “enhanced.” Still, this is just a piece, and does not include the massive violence, dislocation, and instability caused by US military invasions and occupations, or collaborations with Arab dictators to repress Muslims in their home country.

These external facing government practices, as they often do—see, e.g. McCarthyism and Red Scares—turn inward. National security narratives are deployed, in this case, by domestic law enforcement agencies, to control the asserted domestic threat from Muslims. Though domestic law enforcement cannot use blunt tools of warfare, they also did not use, for this asserted threat, the traditional tools of law. A range of sub-judicial practices emerged—based on areas of asserted law enforcement discretion and largely unsupervised by courts—to surveil, control, harass and ultimately criminalize Muslims.  One can observe a pipeline of criminalization, call it a “Mosque to Prison” pipeline of increasing leverage and range of inputs along the pipeline. At one stage of the pipeline, there are forms of community identification, Suspicionless Surveillance and Mapping of Muslim Communities, Registration (NSEERs), Round-ups and Removals (post 9/11); the pipeline then moves to forms of coercion to transform the identification and control to criminalization, which includes forms of coerced informancy and infiltration. Thereafter there are expanded criminal charges, that leverage witnesses obtained from the prior step in the pipeline, in the form of material support laws that can criminalize certain forms of speech and association; thereafter, these individuals can be subject to special conditions of confinement in what originated as Muslim only “Communication Management Units” of federal prison or, the darkest corner of American prisons, be subject to Special Administrative Measures.”

They too, often turn on caricatures of a stealthy, otherwise uncontrollable, volatile population, a perspective made most evident by the NYPD’s notorious report, “Radicalization in the West: The Homegrown Threat,” assertedly scientific, but ultimately a methodologically poppycock study of how Muslims “radicalize.” In this view, there is a four-step conveyor belt process, that has as phase one, any Muslim male, and at phase two, increased religious devotion. If the threat is identified at this stage of life, then any Muslim man is a threat, which is in part what the NYPD did to justify mass, suspicionless surveillance of Muslim communities in NY, NJ and beyond.

The national security framework does broader harm to other vulnerable communities—setting to one side the obvious point about how militarism and narratives of threat play into right wing sentimentalities, and contribute to an electoral dynamic that can re-elect George W. Bush (and permit him to appoint a range of judges/justices deeply hostile to civil rights more broadly, and Donald Trump). Though the ways in which this has happened is extensive, a couple of obvious ones leap to mind. First, the militarization of police departments in the highly militarized post 9/11 era gives every municipal police department a militarized arsenal and, arguably a militarized mindset; the police response to the uprising in Ferguson is an example. Second, national security is a preventative response, not a justice-seeking response. After 9/11, the emphasis was on preventing another terrorist attack and being aggressive, ex ante, to prevent crime, rather than responding to it after it happens. That tactic bled across police departments—most notably in the NYPD’s notorious and racially discriminatory “stop and frisk” practice which exploded after 9/11 and, as a trial revealed (led by CCR), was designed to intimidate and control black and brown communities in the City—communities the NYPD believed were responsible for most crime in the City.

Q2: Does anti-Muslim legislation deny Muslim Americans constitutional protection from government overreach? And how does Islamophobia influence US federal and state policy?

This question is interesting because it gets at a different side of anti-Muslim racism/Islamophobia. In the first question, I observed how the national security paradigm drove government/law enforcement practices. The anti-Sharia hysteria comes directly from internal advocacy groups and is more obviously infected with gross stereotype, ignorance and hatred; it has a strategy and a goal.  In terms of strategy, as Joe Margulies has observed, in order to reconcile rights-deprivations with the imagination of the American creed of liberty and equality, the modern politics of repression has to frame the repression in terms of perseveration of one’s own rights. The problem with Sharia, the advocates say, is that it is cancerous and when it spreads, will take over US institutions and religious freedom. So, to preserve our own freedom, we have to control and extricate this threat. Given the objective falseness of this narrative, it too trades on the myth of Superhuman Muslims, who despite their miniscule populations in the states where the anti-Sharia laws thrive, would impose their distorted will on God-fearing white, Christian Americans. The goal, or at least the result, is to reify reactionary politics. Ginning up this fear—a Fifth Column in midst—presupposes a response: a reflexive resort to religion, othering and reification of white power assertedly under threat. Donald Trump and his advisor’s surely observed and understood this dynamic during their campaign, to considerable electoral success.

Q3: Does the present-day surveillance of Muslims connect historically to other groups and communities who were targets of exorbitant and unwarranted, surveillance and policing?

Certainly. So much can be said about this, about the American national character, how this country deploys laws and law enforcement to control and criminalize populations that are perceived to threaten white political, religious or demographic priorities. As obvious a point as this is, it can serve as an opportunity. At CCR and elsewhere, we encourage Muslim activists to make these connections, to recognize their fight against discrimination has a context and a purpose, and they can resort to broader historical and moral norms to fight back. We did this explicitly in our litigation challenging the NYPD’s suspicionless surveillance of Muslims. We persistently argued to the courts that the NYPD’s justification for the surveillance mapped perfectly with the federal government’s justification for Japanese internment; the Supreme Court, to its shame accepted that discriminatory justification, but we urged that the courts not repeat this mistake. We obtained the support of children of Japanese internees to alert the court to the ominous parallels in the cases and to urge the Court to do the right thing. And, in Hassan v. City of Philadelphia, the federal court of appeals did, including concluding with this trenchant and searing observation:
The allegations in Plaintiffs’ Complaint tell a story in which there is standing to complain and which present constitutional concerns that must be addressed and, if true, redressed. Our job is judicial. We “can apply only law, and must abide by the Constitution, or [we] cease to be civil courts and become instruments of [police] policy.” Korematsu, 323 U.S. at 247 (Jackson, J., dissenting).
We believe that statement of Justice Jackson to be on the right side of history, and for a majority of us in quiet times it remains so . . . until the next time there is the fear of a few who cannot be sorted out easily from the many. Even when we narrow the many to a class or group, that narrowing—here to those affiliated with a major worldwide religion—is not near enough under our Constitution. “[T]o infer that examples of individual disloyalty prove group disloyalty and justify discriminatory action against the entire group is to deny that under our system of law individual guilt is the sole basis for deprivation of rights.” Id. at 240 (Murphy, J., dissenting).
What occurs here in one guise is not new. We have been down similar roads before. Jewish-Americans during the Red Scare, African-Americans during the Civil Rights Movement, and Japanese-Americans during World War II are examples that readily spring to mind. We are left to wonder why we cannot see with foresight what we see so clearly with hindsight—that “[l]oyalty is a matter of the heart and mind[,] not race, creed, or color.” Ex parte Mitsuye Endo, 323 U.S. 283, 302 (1944).