Samia Shoman: School curriculum and Islam, and Islamophobia as Affecting Students and Educators 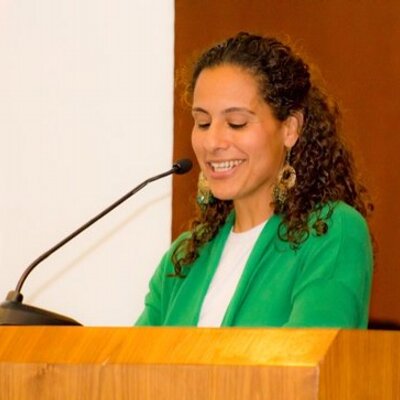 Q1: Is it required to teach religion in public or private schools?

We do not teach religion in public school and we are not allowed to. There are social studies units in which we do cover the major religions in certain grades and it is more the historical perspective of when the religion started, key beliefs, etc. In private schools students do take theology classes, and it is required. My sister’s three kids went to a private school in Sacramento (Jesuit and St. Francis) and although they are Muslim, they did take the religion courses. They did note though that the schools acknowledge their religion, and in some cases pointed out similarities between the religions. Public schools are supposed to abide by the separation of church and state so there are clear rules around religious practice—for example, an athletic team can pray before a game but it cannot be led by a coach.

Q2: If you can speak to this, what are some examples where school curricula was changed because of Islam or the representation of Muslims?

I can’t say that it has changed, but you do see the inclusion of 9/11 in Social Science textbooks and it is largely from one perspective, and does not address the nuances of Islam and its link to terrorism—for example, it describes the terrorists as Muslim, but doesn’t go further to explain the Islamic stance on acts such as these. From the high school textbooks that I have seen, it also does not address the anti-Muslim sentiment or hate that was and still is evident post 9/11.

Q3: If any, who are the people or groups pushing to change the school curriculum (on Islam or the representation of Muslims) in your city, school district, or community?

In our district (Peninsula) there has not been any formal push to change curriculum, yet more of a conversation among teachers on how to teach more about Islam/Muslims given the context of world events, and making sure students are exposed to different perspectives. It is not in the district I work for, but I know that Carlmont High School in Belmont had their leadership class produce a pretty cool video last year on anti-Muslim bullying and understanding who Muslim students are.

I feel like this has had the biggest impact on students and educators, especially on campuses where you are the only Muslim educator or there is a very small group of Muslim students. First off, you are lucky (even today) if people have an understanding of the religion. You know what is floating around through media, so you often have the sense of needing to defend your identity and that is a big responsibility to shoulder for any student or even educator. There are only a handful, maybe two handfuls of girls in our district of 8,000 students who wear the hijab so they are floating out there with their identity on their sleeves and it can be lonely. I had two students like this in the past and they felt lonely, misunderstood and isolated often on campus, even though their peers were nice to them and accepting. There is a difference between being nice and actually understanding.

I know one student who had to watch a video narrated by Thomas Friedman on 9/11 in class and she described being so angry and frustrated by the tone and information in the video, and as the only hijabi and Muslim in the class, like a spotlight was shining on her.

For me, you can often feel like the token Muslim, and while I appreciate colleagues reaching out to me with questions and for help, and I am happy to provide it, I am also saddened by the things they do not know.