Karen Korematsu: The Discriminatory Practices of the US Federal Government that Scapegoat and Criminalize  Marginalized Groups 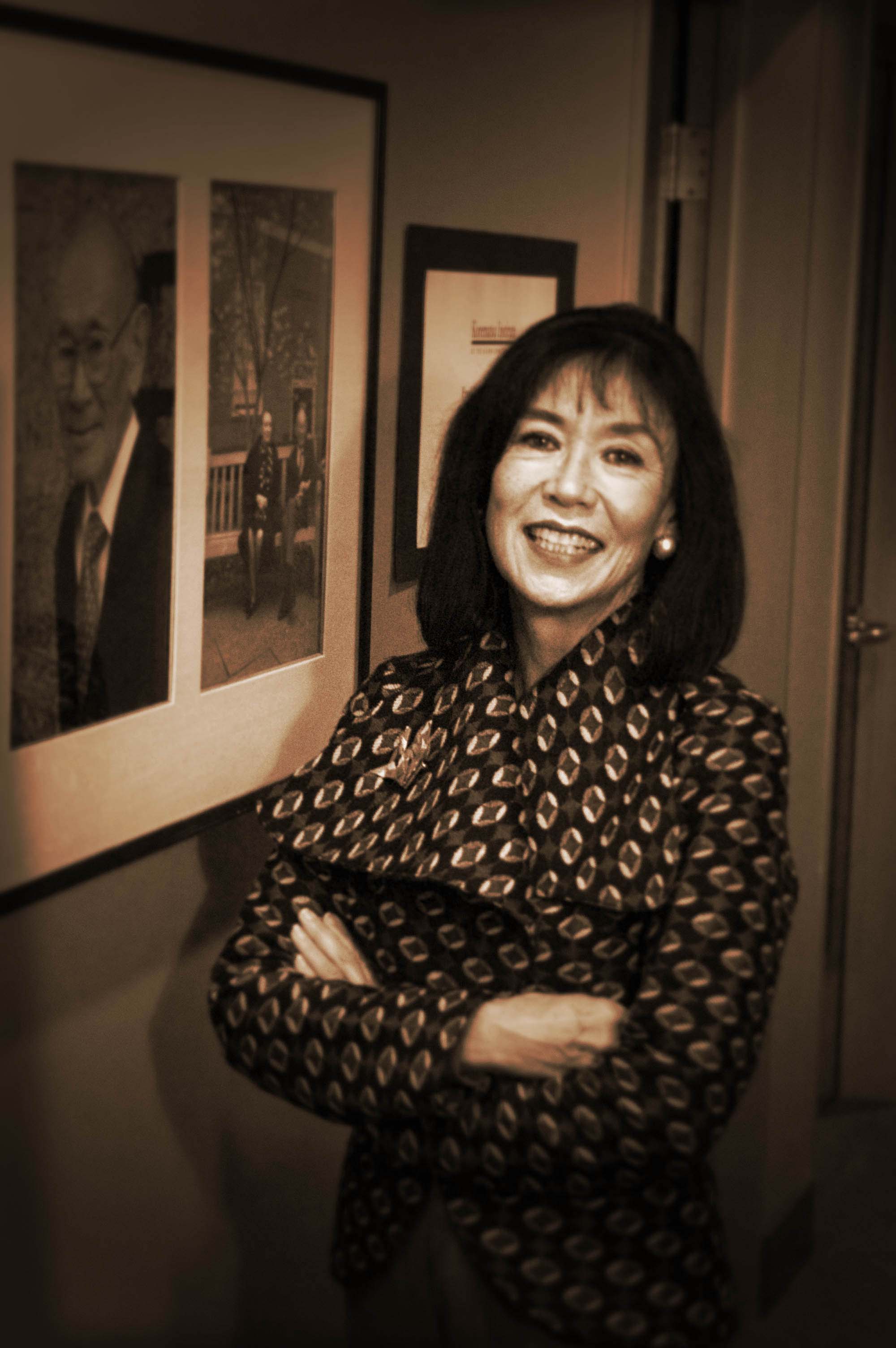 Karen Korematsu is the Founder and Executive Director of the Fred T. Korematsu Institute and the daughter of the late Fred T. Korematsu. In 2009 Karen established the Fred T. Korematsu Institute to advance racial equity, social justice, and human Rights for all. Karen’s work, and her father’s legacy extends to advocating for civil liberties for all communities, and she addresses current issues that draw lessons from the past. She has signed on amicus briefs in several cases opposing violations of constitutional rights arising from 9/11, including Odah v. United States, Turkman v. Ashcroft, Hedges v. Obama, and Hassan v. City of New York. She authored the foreword to “Patriot Acts, Narratives of Post-9/11 Injustice” in 2011.

Q 1: How does the current wave of Islamophobia, anti-Muslim sentiment, and actions of the federal government reflect discriminatory practices of the past, where marginalized groups such as Japanese-Americans were criminalized and othered in the United States?

Racial profiling was wrong in 1942 and it is wrong now. On February 19, 1942 President Roosevelt issued Executive Order 9066 that gave the military authority to forcibly remove anyone of Japanese ancestry from the West Coast and send them to ten concentration camps across this country. The Japanese-Americans had to register after Executive Order 9066 was issued before they were sent to the incarceration camps. Because of that registry, we know that two-thirds of the 120,000 people of Japanese ancestry were American citizens, and half were under the age of 18. General DeWitt in his Final Report stated that it was “impossible to establish the identity of the loyal and the disloyal with any degree of safety. It was not that there was insufficient time in which to make such a determination; it was simply a matter of facing the realities that a positive determination could not be made, that an exact separation of the ‘sheep from the goats’ was unfeasible.”  Fred Korematsu defied the government and military orders which resulted in the landmark case, Korematsu v United States. In 1983, Mr. Korematsu’s conviction was overturned in US District Court of the Northern District of California when Fred’s coram nobis legal team reopened his case with new evidence that revealed government misconduct and proved there was no military necessity for the Japanese-Americans to be incarcerated during World War II. However, despite the conviction being overturned, Korematsu v United States still stands on the Supreme Court record. Though it has been widely discredited, Korematsu v United States can still be cited as precedent and has been cited by various officials as a basis for a possible Muslim registry.

Q 2: How do efforts on behalf of the American public and government to other a specific group of people affect consequences on us all? How does it affect democracy?

Prejudice is ignorance. We all need to make a concerted effort to educate others on the dangers of racism and teach to respect and appreciate our differences. At the end of the day, we are all American citizens and it dilutes the effectiveness of our democracy when we crack along racial lines. We do not have to go along with where others want to lead us. As American citizens, we have the right to make up our own minds and question what the government is proposing. When we refuse to be drawn into destructive rhetoric, we can focus on the issues to strengthen our society for all Americans. For example, in 1942 Fred Korematsu felt that the Executive Order 9066 was wrong. He had learned about the Constitution in High School and knew that he had rights as an American citizen. He questioned, as an American citizen, why should he go to a concentration camp when he had done nothing wrong. Fred’s story will be forever connected to the document and rights he believed in through Fred Korematsu Day of Civil Liberties and the Constitution recognized every January 30th. A democracy is strongest when everyone is confident in their guaranteed rights. When rights are denied to part of the population, no one can be confident that their own rights won’t be taken away at the whims of the government.


Q 3: How do officially-endorsed discriminatory practices and political scapegoating impede on the citizenship and belonging of minority groups in the United States? And what can we do to challenge such practices?

In 1942, there was conflict within the Japanese-American community regarding the incarceration. Fred Korematsu was vilified from the time he entered the Tanforan Detention Assembly Center in San Bruno, CA by his own community because he took a stand against the government. The Japanese-American leaders felt that if they associated with Fred some harm might come to them. Internees had been told by the Japanese-American Citizen's League (JACL) that they should go along with the government's orders for incarceration to prove that they were good Americans. Many believed that Fred, by standing up for what he believed in, was putting the whole community at risk of government backlash. Fred and his family were ostracized by the Japanese-American community even after the war until his case was reopened by his coram nobis (the legal order of a court to correct its original judgment’s proceedings) legal team in 1983. This experience lead Fred Korematsu to speak out after September 11, 2001 when the government cited Korematsu v United States, as a possible reason to round up Muslim and Arab Americans and put them in American concentration camps. In 1942, there were none of the organizations of voice or power that could influence political scapegoating that was occurring at that time. Now we are seeing that many social justice organizations are coming together to speak up and defend Muslim, Arab, Sikh, and South Asian communities from political scapegoating. These coalitions have more power and influence over the discourse than any organizations in 1942. It’s more important now than ever, that people become civically engaged and reach across communities by becoming part of the solution and not the problem.