Jehan Hakim: Islamophobia as related to US National Security and the Impact of Islamophobia on the Civil Rights of Muslim Americans 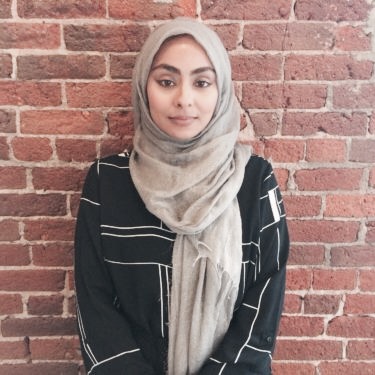 Jehan is a Community Advocate with the National Security and Civil Rights Program at the Asian Law Caucus (ALC), and served as the former President of the California Chapter of the American Association of Yemeni Students and Professionals (AAYSP). She has collaborated with numerous organizations—including the Asian Law Caucus—in the Bay Area to support AMEMSA communities by providing Arabic translation, educational workshops on Islamophobia, Know Your Rights, and voter registration drives. She is also an ongoing panel speaker for the “Meet a Muslim” program. Jehan is Yemeni American from San Francisco.​​​​​

Q1: How is the US national security agenda influencing public policies, and in-turn exacerbating Islamophobia?

There has been an egregious level of fear that is driving the United States’ national security priorities, which subsequently trickles down to how public policies are crafted, and since 9/11 Muslims have been the victims of discrimination by these policies. When the government is allowed to ostracize and isolate a community due to their identity, this is an explicit push to promote othering, which in this case, results in Islamophobia. The National Security Agency (NSA) has not only systematically cultivated Islamophobia, but has helped to proliferate and mainstream Islamophobia.

Q2: How is Islamophobia a threat to the civil rights of Muslim individuals or individuals who are perceived to be Muslims?
Islamophobia has threatened the civil rights of many Americans who appear to be “obviously” Muslim (attire or Arab features). These threats have been in the form of verbal and physical attacks, and often lead to hate crimes. Some have even lead to murder (Chapel Hill; 2015). This sentiment is a civil rights crisis, crippling Muslim Americans’ right to religious liberties and individual dignity.

Q3: How does the present day surveillance and scapegoating of Muslims connect historically to other groups and communities who were targets of exorbitant and unwarranted surveillance and policing?
There are many historic parallels to the current NSA surveillance and monitoring of Muslim communities; one to note is the discrimination towards Japanese-American communities during WWII. Even before the internment of Japanese-Americans, Jewish refugees were also “vetted” before being allowed entry into the US. Propaganda and inciting fear normalizes these irrational and unconstitutional behaviors. Muslims are seen as a threat to National Security, therefore according to this theory, by permitting the US government to watch Muslim’s lifestyles and activities, deters radicalization and protects the security of the homeland. The governed consent with hopes that citizens will be safe.