This area of work will continue our focus on the larger aspect of global equity, such as international trade, international development, and universal basic income in the US. In particular, we’ll continue to monitor the development of the TPP and other free-trade agreements, scrutinize global development initiatives of large global financial institutions (e.g. the World Bank’s “Doing Business Project”), and participate on global campaigns the end the failed global development initiatives that are controlled by multinational corporations, such as the World Bank’s Doing Business.

During the last four decades, free-trade agreements and international development plans have dominated national and international trade and development circles, promising shared prosperity, social, and economic benefits to the public and society at large. However, the impacts of these trade agreements and development plans are highly questionable in terms of how such agreements and plans influence the social, economic, and environmental well-being of societies across the globe. Furthermore, most free-trade agreements, from NAFTA to the TPP, actually have very little association with actual trade issues as such agreements focus on advancing corporate interests, and exacerbating toxic wealth gaps and income inequalities, the erosion of democratic institutions, and diminish safety regulations for our environmental, food, and health systems.

In the wake of Trans-Pacific Partnership negotiations, our report calls attention to how the mega-regional trade deal raises serious concerns about how a world economy regulated to cater to corporate interests would undermine public accountability, transparency, and democratic participation. The report fully analyzes the context of the TPP agreement and identifies strategies for addressing the concerning trends the TPP represents. The research and analysis conducted on the agreement raise concerns about the trade deal with respect to democratic participation, transparency, and public accountability. The report explains how the Trans-Pacific Partnership undermines these key principles as well as provides an account of the development, scale, and scope and potential implications of the TPP, and ongoing opposition to the agreement. In doing so, this work addresses the continuous corporatization of US economic, legal, and political systems, of which the TPP is a particularly egregious instantiation. 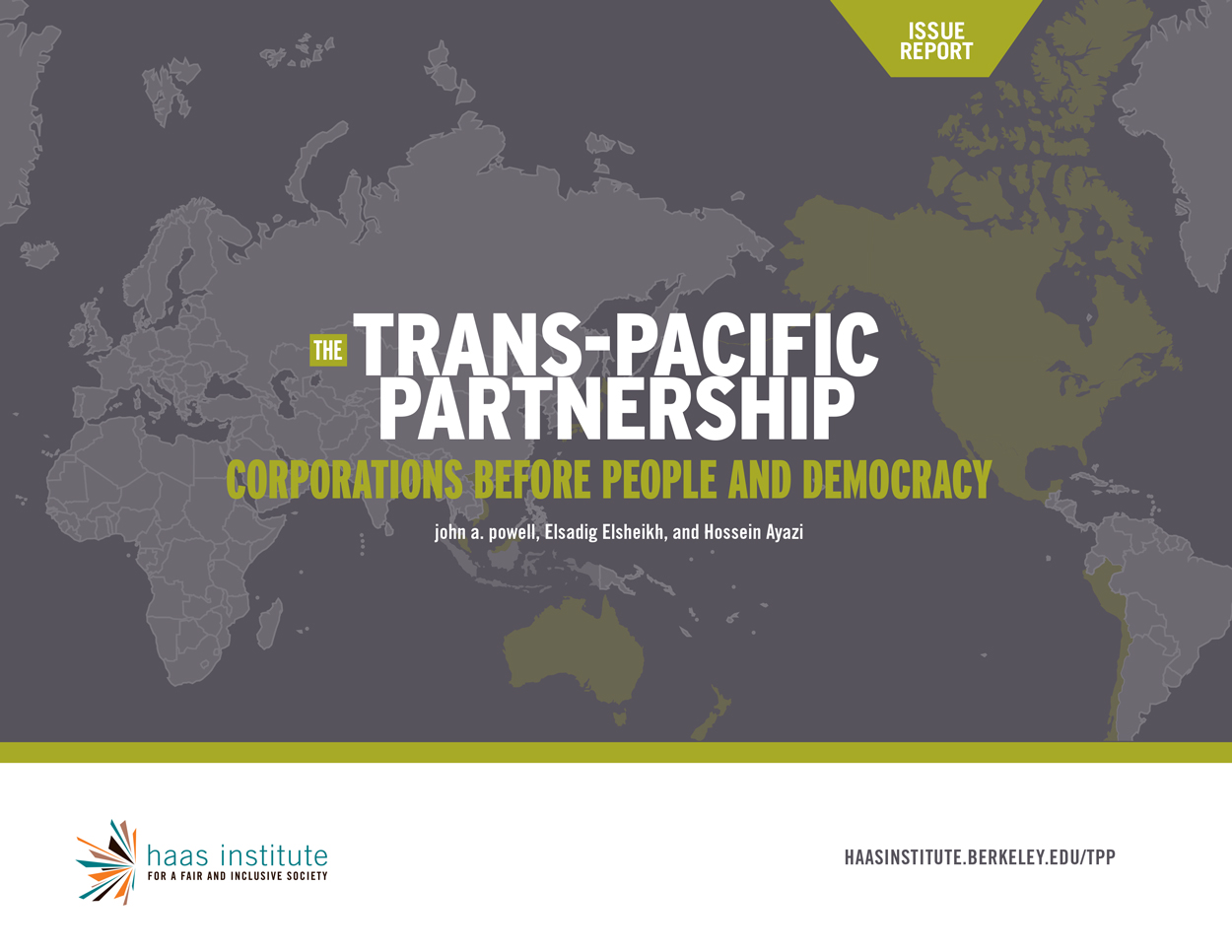 In the 1980s, the World Bank (The Bank) and the International Monetary Fund (IMF) have subjected Global South countries who borrowed loans countries from the Bank and IMF to implement certain policies in order to obtain a new loan or refinance the old loans, the process comes to known and as the Structural Adjustment Programs (SAPs). The SAPs have a clause of conditionality and require the creation of “friendly” conditions for foreign direct investment to be injected into the national economic plans of Global South countries. In the new millennium, most countries and the Bank itself have abandoned these conditions and domed them as a failure to bring about sustainable development and prosperity. Nonetheless, in the year 2002, the Bank came with a new initiative, called Doing Business Project (DB), the new project of DB has carried very similar structures and mechanism of abandoned infamous SAPs pushed upon governments of the Global South in the name of better outcomes in social and economic inclusion, improved health, education and gender equality, and higher quality of governance. The similarity of this new project to World Bank’s SAPs is striking, given that such project urged countries to carry austerity measures in the name of controlling inflation and creating prosperity. Our work is scrutinizing DB and call for relinquishing it as pushing countries to adopt market-based economy thereby deepens the process of financialization and increase structural inequality upon and within Global South countries. Read our analysis here.