IN THE FALL OF 2014, THE UNIVERSITY OF CALIFORNIA, BERKELEY and the Lawrence Berkeley National Laboratory unveiled new plans to develop the Berkeley Global Campus in Richmond, California. UC Berkeley Chancellor Nicholas Dirks described the “unabashedly bold” project as “a new form of international hub where an exclusive group of some of the world’s leading universities and high-tech companies will work side by side with us in a campus setting.”3

The development of the Berkeley Global Campus offers a historic opportunity to address socioeconomic exclusion burdening Richmond residents and to improve the long-term economic vitality of the City of Richmond.

More than a development project, the Berkeley Global Campus presents an opportunity to leverage the largest public investment in the Richmond community in decades to achieve broader, longterm community goals. UC Berkeley has a 40-year plan to develop 5.2-million-square-feet of campus buildings on 134 acres of University-owned land at the Richmond Field Station.4 Among planners and policymakers, the newly realized importance of addressing persistently deep inequality and exclusion along the axis of race and ethnicity has inspired a rethinking of conventional planning processes, especially related to the role of anchor institutions. Universities, hospitals, and other “anchors” are embedded within the community and are uniquely positioned to have a far-reaching impact on the local and regional economy. Their promise can be realized by connecting the core mission of the institution to the aspirations of the community. As Haas Institute for a Fair and Inclusive Society Director john a. powell asked, “Will [development] be done in a way that doesn’t benefit the community and isolates the community or in a way that benefits the community and integrates the community and the University?”5 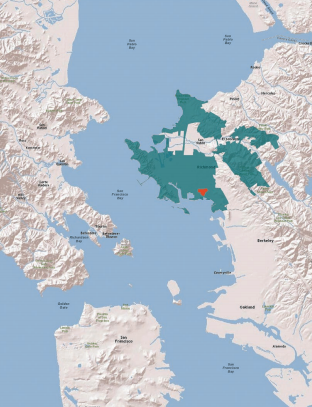 Anticipated benefits of the campus include local living wage jobs, high-quality educational and youth programs, funding for community-based programs, expanded opportunities for local businesses and residents, and other significant benefits for low-income communities.6 Community organizers are engaged on a range of issues to ensure that Richmond residents benefit from the project’s economic boost, and Chancellor Dirks has repeatedly promised a collaborative partnership with the city stakeholders and the community.7 This partnership seeks to shape critical decisions that will largely determine the project’s impact on the Richmond community. While the Berkeley Global Campus has been positively framed as a catalyst to economic development similar to the shipbuilding operations during World War II, it is important to note that the shipyards brought tens of thousands of new residents to Richmond.

There is understandable excitement around what Richmond City Manager Bill Lindsay described as, “a new city that’s coming to Richmond’s southern shoreline,”8 yet concerns remain around the development’s impact on Richmond’s current low-income residents.

While much of the pre-development planning, such as location and scale, have already been determined, key funding decisions have yet to be finalized. Chancellor Dirks has emphasized that UC Berkeley has “no intention of dedicating substantial central campus resources to this project during a time of continued constraints on our finances.”9 Instead, UC Berkeley is considering several substitutes for the traditional public finance route. According to university officials, the project’s total cost will amount to $1 billion or more.

As with any large-scale development project, there is a considerable level of risk involved with the Berkeley Global Campus project. In addition to the standard risks and obstacles associated with establishing higher-education programs, the global campus will be dependent on the participation and investment of international partners, students, and researchers. Therefore, the economic success of the project will be vulnerable to not only the regional economy, but also the global economy. The present financial constraints of the University of California, Berkeley may heighten the financial risks that developers or lenders would assume.

While there are costs and benefits associated with the Berkeley Global Campus, this report operates off the assumption that the campus development moves forward, identifying a finance model that aims to maximize the potential social and economic benefits of the project for the Richmond community.

The manner in which the Berkeley Global Campus is financed will influence how well the investment meets the actual needs of the Richmond community, and whether the project will further marginalize existing low-income residents and communities of color. With development potentially beginning in 2016 and a request for proposal (RFP) for development bids expected as early as fall 2015,10 it is critical that Richmond stakeholders are immediately and actively engaged in planning the finance model for the Berkeley Global Campus.

About the UC Berkeley Global Campus at Richmond Bay

LOCATION: 5.2 million-square-foot of buildings that will be located on 134 Universityowned acres in Richmond.

MODEL: Fulfilling a new model for a global campus, the project will be located locally but designed and launched in collaboration with a set of global universities.

ACADEMICS: According to Chancellor Dirks, the campus will offer US and foreign students both undergraduate and graduate-level academic programs that are focused on global governance, ethics, political economy, cultural and international relations, and practical engagement.

TIMELINE: Development may begin 2016 and take about 40 years to build completely.

COST: $1 billion or more, according to university officials.11 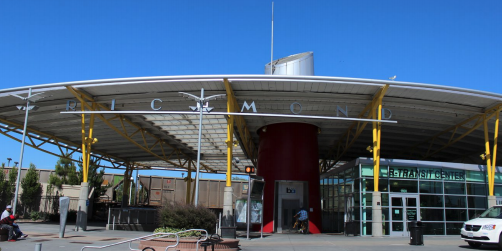