Immigration and the American Religious Landscape (1845–1924)

Immigration and the American Religious Landscape (1845–1924)

WE OFTEN HEAR that “America is a nation of immigrants.” Although this statement problematically ignores the thousands of native peoples who have inhabited the continent for many centuries, it speaks to the reality of diversity that has always defined American life. Migrants to America brought their religions with them to their new home, and religious dictates structured social and political life, as well as relations to native peoples. Even though we have chosen to start this brief with the establishment of the American state, it is important to note the nature of the early immigration as a framework for the issues that followed. While the most pronounced religious diversity in the colonial period came in the form of a multitude of Protestant sects, immigration nonetheless fueled diversity and questions of religious coexistence from the earliest days of European life in the New World. This section will gloss some of the significant moments in which immigration intersected with the development of American religious identities, from the first Europeans on the continent to the advent of the category of “illegal immigration” in 1924.

Prelude: Religion in the Colonial Era Many European migrants, like the Puritans, were religious dissenters who arrived with the express purpose of practicing their religion freely. Others, such as those from France and Spain, promoted Catholicism through the establishment of missions and religious orders. The first Christians on the continent of North America were Catholics, before the Protestant Reformation, who settled in the Spanish colony of Florida in the 1510s. Although the Catholic Church would not have a major presence in America until the nineteenth century, relatively small numbers of Spanish and French colonists meant there was a permanent Catholic presence in America from the earliest days of European colonization.

The first significant Protestant presence arrived with the founding of Jamestown, Virginia, the first British colony in the New World, in 1607. These colonists primarily belonged to the Church of England, also known as the Anglican Church. The Church of England would remain the predominate, and often official, Church in colonial Virginia and the South. Farther north in New England, religious dissenters known as pilgrims, are perhaps the most famous group of early Protestants—they arrived from England to found Plymouth in 1619. The puritans, in larger numbers than the pilgrims, came from England in the 1630s and established the Massachusetts Bay Company. Throughout the colonial period, the middle colonies—including New York, Pennsylvania, and New Jersey—were more religiously diverse than New England or the Chesapeake, as different forms of Protestantism including Quakerism, coexisted.24 Native people, for their part, maintained their own religious practices, yet also often adopted Christian ones.

It is hard to conclusively measure the small number of non-Christians in early America. Still, their presence attests to the complex and global history of the colonies in this period. The first Jews arrived in New Netherlands, now New York, in the 1650s when they fled Brazil after Portugal took the colony that had formerly been under Dutch rule. By the mid-18th century, there were approximately 2500 Jews living in the lands that would become the US.25 There is ample evidence of Islam in America as a result of African slavery as early as the seventeenth century, though it is very difficult to estimate numbers of Muslims in this period, partly because of a lack of written sources available to historians.26 Ayuba Suleiman Diallo, one enslaved Muslim African, was an exceptional case in this history. A Senegambian royal, Diallo was enslaved for several years in Maryland before his royal status was uncovered and he was able to be freed by his family’s wealth. 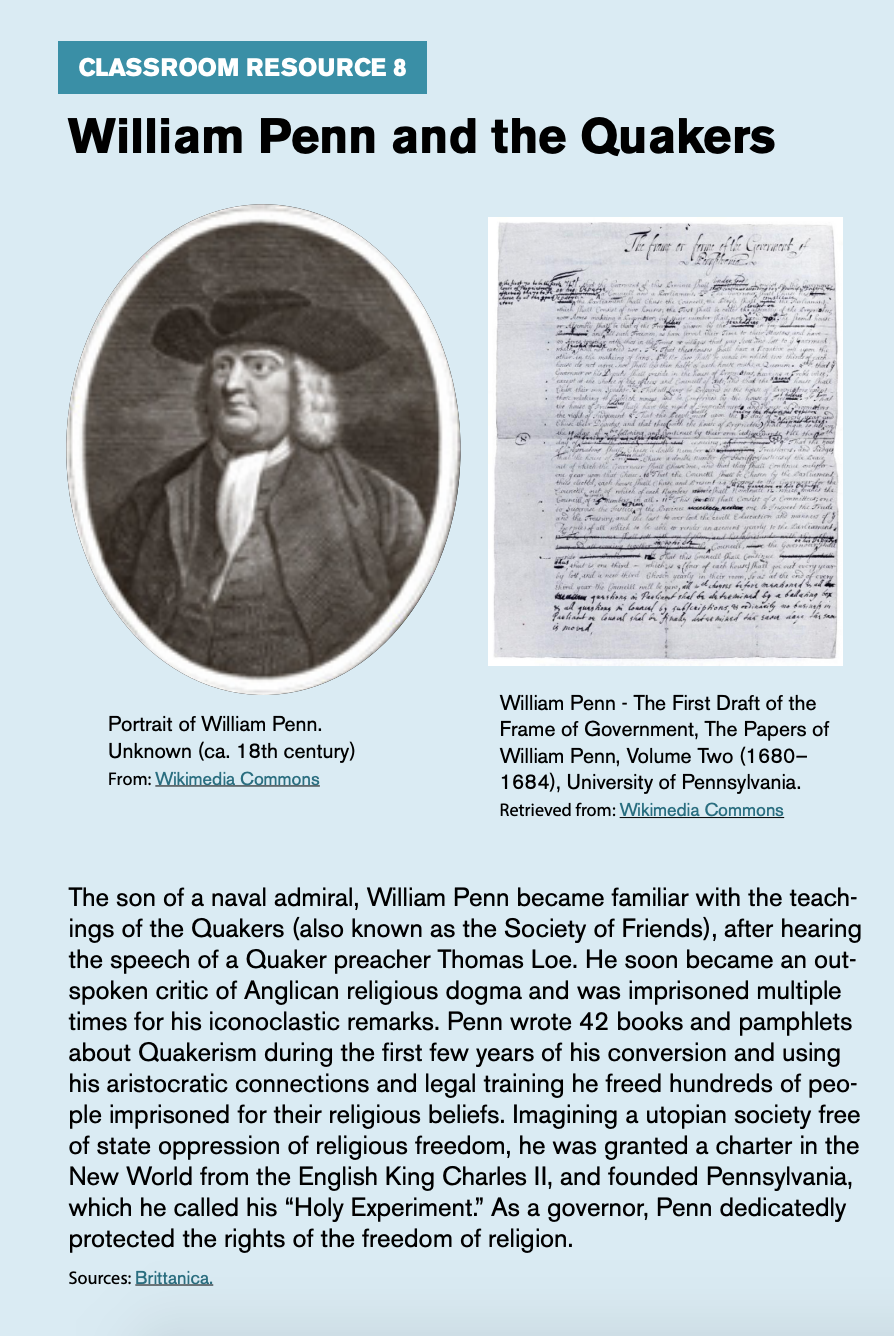 Religion and Nativism in the Nineteenth Century

The first large waves of immigration to the US came in the form of Irish (and some German) immigrants in the first half of the nineteenth century. In the colonial period, the vast majority of immigrants hailed from England and Scotland; not so in the antebellum. This meant that at the same time as American Protestantism was facing massive changes because of the Second Great Awakening, immigration was quickly enlarging the Catholic population. In 1845, a potato famine devastated Ireland and spurred an exodus to the United States; from 1845- 1854, 1.5 million Irish came to the US (mostly the Northeast), massively expanding the Catholic population.27 As the Catholic church gained strength and visibility as an institution, its growth was accompanied by severe backlash in which nativism bolstered by anti-Catholicism endangered Catholic Americans and immigrants. Anti-Catholicism was deeply ingrained in the American religious fabric, beginning with the Puritans who first settled New England; they accused the Church of England of “popery” and saw the Catholic Church as corrupt, decadent, and even blasphemous. Even through the nineteenth century, many Americans saw the Church as part of a massive conspiracy to gain world control, or as a means of subjugating, enslaving, and exploiting its members in the service of its Pope and clergy.

There were two main strains of anti-Catholic sentiment in the antebellum period, which overlapped significantly: one was the deeply ingrained anti-Catholicism of the reform movement, which saw in Catholicism the corruption and hierarchy so antithetical to their project. In fact, many influential abolitionists, such as Lyman Beecher, were also anti-Catholic. Among reformers, anti-Catholic conspiracy theories were widely shared. Another significant strain was more directly nativist: Catholicism was associated with foreignness, especially that of the Irish, and as immigrants gained greater presence and political power, nativist groups emerged to try and squash them. In the 1850s, as political parties like the Know-Nothings ran on explicitly nativist and anti-immigrant platforms, anti-Catholic ideas became even more widespread.28

Although immigration in the antebellum period reshaped American demographics, its numbers paled in comparison to the massive waves of (mostly European) immigration in the last quarter of the nineteenth century. From 1880-1914, 23 million people poured into the US, including many from Southern and Eastern Europe, resulting in a dramatic increase in the number of Catholics and Jews living in the US. At the time of the nation’s founding, a mere two percent were Catholic. By 1850, in spite of large-scale Irish immigration, Catholics made up a relatively modest five percent. By 1906, their population had more than tripled, and 17 percent of the American population identified as Catholic.29 Millions of German immigrants poured into the US in this period as well, including many Lutherans and some Catholics, who largely settled in the rural Midwest. The numbers of Jews also swelled notably: there were about 250,000 Jews in living in the US in 1880— by 1920, there were four million. Economic and political difficulties in eastern Europe, in particular in the Russian Empire, drove Jewish immigration to the US.30 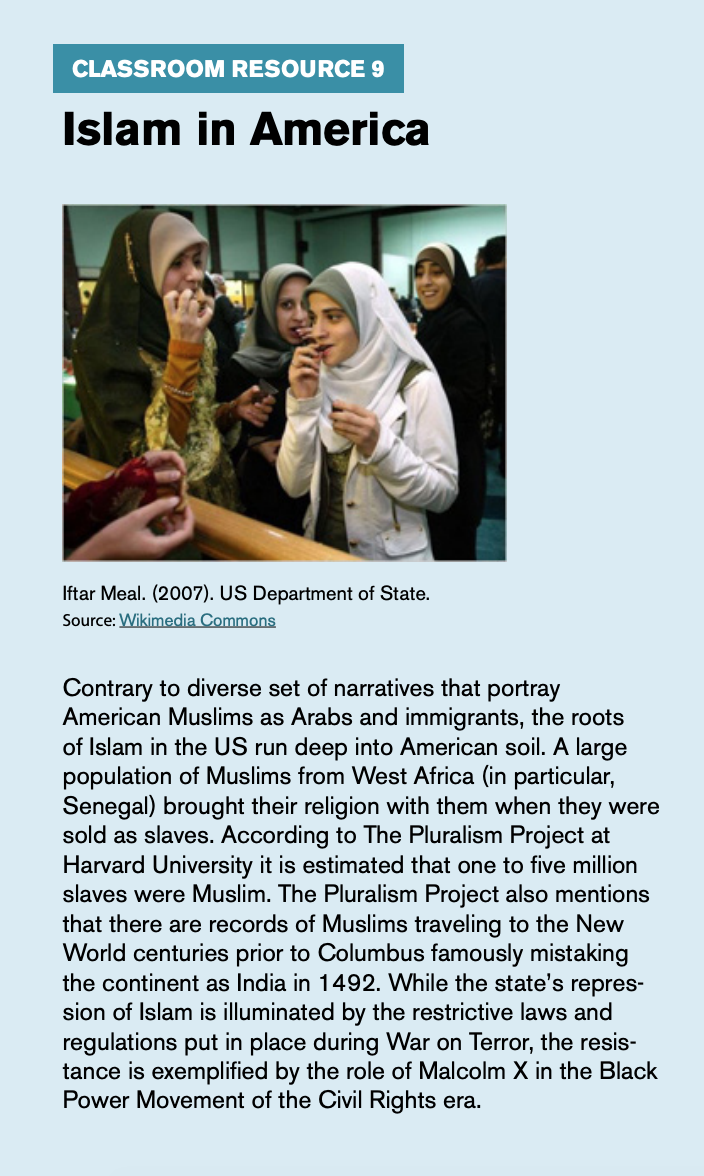 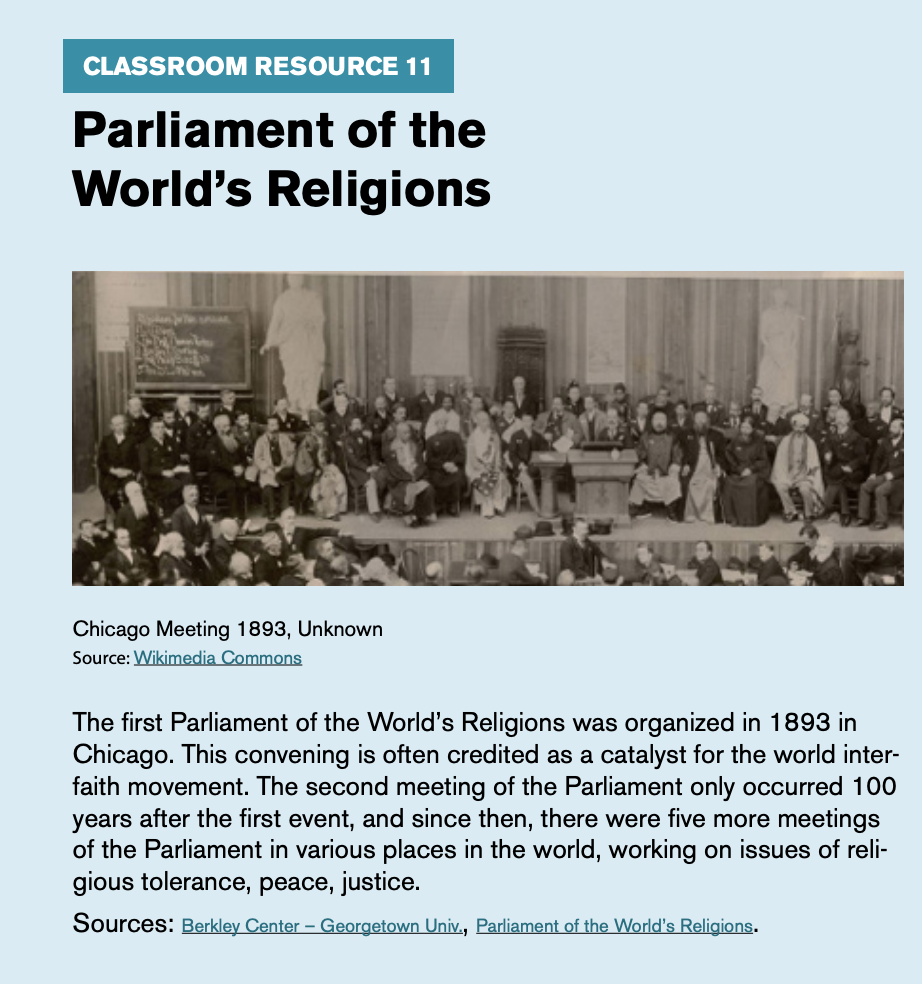 Asian immigrants have been conspicuously absent in this narrative so far, largely because they faced unique challenges and restrictions in the US. In the mid-1800s, many Chinese immigrants arrived on the West Coast to work on railroads in the wake of the 1849 discovery of gold in California. These immigrants naturally brought their religion with them to their new home. The first Buddhist temple was founded in San Francisco in 1853. In 1875 and 1882, Asians became targets of the first restrictive immigration policies—the Page Act and the Chinese Exclusion Act, as nativist sentiment grew on the West Coast. While these acts dramatically reduced Asian immigration, it was almost completely barred in 1917 and 1924, when restrictive policies treated immigrants from Asia with special harshness.31

In 1917 and again in 1924, immigration in the US came to a halt. In the wake of the nativist swell that accompanied World War I, Congress passed the most extensive anti-immigration bill in American history to that point: the Immigration Act of 1917, which passed despitre president Woodrow Wilson’s veto. This law explicitly barred anyone from the “Asiatic zone” from entering the country, and instituted literacy tests for all immigrants. In 1924, Congress doubled-down on its restrictive policy with the passage of the Johnson-Reed, or National Origins, Act. This act set quotas for immigration, and effectively invented the category of the “illegal immigrant.”32 This act continued the total ban on Asian immigration to the US, and set quotas for immigrants from all other countries to two percent of that nation’s population as recorded in the 1890 census. Significantly, in 1890 America had not yet seen the impact of the massive numbers of European immigration. The US did not radically break with this system until 1965. Accordingly, numbers of Hindus, Buddhists, and other non-Abrahamic religions would stay at relatively low numbers until the 1970s.

Mexican immigration looked very different. Largescale immigration from Mexico began with the instability brought on by the Mexican Revolution (1910-1920.) Mexicans were exempt from the strict quotas affecting other groups created by the 1924 immigration act. Largely at the behest of the agricultural lobby who opposed the restriction of Mexican immigration because of their reliance on labor from that country, the Western Hemisphere was exempt from the act. Though many Mexicans were deported during the Great Depression, their numbers shot up during World War II thanks to the Bracero program, which brought Mexicans to the US in response to the labor shortage of the war. These laborers were in a precarious situation, as they could be deported at any time and were often subject to poor work conditions and low wages. The Bracero program continued until 1964, bringing millions of laborers to the US.33

Even if non-Christian religions remained relatively limited in their demographic representation, the World’s Parliament of Religions in 1893 in Chicago represented a significant moment in the history of interfaith dialogue and inclusion of minority religious groups in the conversation. The Parliament, as part of the massive Columbian Exposition that marked the 400-year anniversary of Columbus’s arrival in the Americas, was meant to showcase the diversity of world religions, though it was largely composed of Christians. Still, there were representatives from many religious traditions, including branches of Buddhism, Hinduism, and new movements such as Christian Science. At this meeting, the Reverend Henry Jessup became the first person in the US to discuss the Baha'i faith.34

As new arrivals changed the demographic profile of the nation, they introduced new religious practices and traditions which enriched the US At the same time, immigration increasingly became the subject of controversy and eventually restrictions by the government. This interplay of religious flourishing and repression continues to affect the immigrant experience and the religious life of America to this day.