Race and Economic Jeopardy For All: A Framing Paper for Defeating Dog Whistle Politics

To really understand dog whistling requires a nuanced understanding of racism—or rather, racisms, for the racisms that support racial politics take many forms.

Many conservatives encourage understanding racism as just one thing, as hate. This sort of malicious racism describes Klansmen burning crosses, members of the Aryan Nation randomly attacking nonwhites with fists and bricks, or the hate-inspired murders in Charleston, South Carolina. Malicious racism is ugly, violent and socially destructive. Like just about everyone in society, those on the right condemn it.

But malicious racism, with its hooded robes, tattooed swastikas, and apartheid flags, is also easy to spot and relatively rare compared with other forms of racism, as we will see. Insisting that racism can only take this one form is political strategy, for this allows the right to claim that racism is largely past, and that whatever they are saying and doing, it cannot possibly be racist because they don’t regularly use racial swear words.

Open racism long played a disfiguring role in American politics, but the civil rights era broke this pattern, making it impossible for politicians to win office by straight out promising to maintain white dominance. But that didn’t mean that race stopped being relevant to voters or that politicians stopped trying to exploit racial anxiety. Rather than ending, racism in American politics mutated and went underground.

Consider the following terms: welfare queen, thug, illegal alien, anchor baby, Muslim terrorist, inner city, the poor; hardworking Americans, decent folks, the silent majority, middle class, heartland. These are all “dog whistles,” words that are silent about race on one level, but that on another trigger strong racial associations in many who hear them. They are frequently used as coded racism: terms and ideas that do not expressly reference race and so seem race-neutral, but that incite powerful (often unconscious) racial reactions.

Coded racism works by invoking racial stereotypes— for instance, that whites are innocent, hardworking, endangered, and the “real” Americans; and that people of color are predatory, lazy, dangerous, and perpetual foreigners. The coded part comes in that politicians deploy these stereotypes without expressly mentioning race.

Politicians don’t say “black criminals,” “invading Latinos” or “decent whites”; instead, they warn constantly that “criminals” and those “invading” the country threaten “decent” people. The racial references may be missing on the surface, but many people nevertheless strongly absorb the underlying message of racial peril.

Coded racism can sway broad swaths of the American public because racism is endemic in our society. The sad fact is, for most of us racism is routine. This may sound as if racism is no big deal, but the point is rather that racism is commonsense, forming part of our everyday understanding of the world, even for people who mean well, and even for people of color.

The burgeoning field of implicit bias helps us understand how our unconscious minds do much of our thinking for us, making snap judgments extremely quickly and outside our awareness. Regarding race, our unconscious minds automatically judge others, no matter how much we might try not to think in racial terms. The implicit association test available on Harvard’s website allows anyone to gain a sense of how unconscious racism shapes their judgments.14

We absorb stereotypes as a troubling part of our cultural inheritance, learned from family conversations, the media, classrooms and the workplace. Sometimes this ambient cultural racism takes the form of offensive “jokes”; sometimes it comes as supposedly “factual” claims about intelligence or the propensity to commit crimes; sometimes it appears in news images and film characters.

We also receive ideas about race from our environment, meaning our neighborhoods, schools, churches—and union halls. The labor movement bears the burden of our nation’s history, and history has consequences. Union membership, like home ownership, is part of the pathway to financial security, and patterns of economic exclusion, once established, are hard to change. We often talk of this in terms of structural racism, focusing on how past mistreatment set patterns that shape our present. These patterns seem to confirm that racial differences are real and explain group position as well as individual capacity.

Because of implicit bias as well as cultural and structural racism, for those reared in the United States, even the most well meaning cannot avoid seeing others through the lens of racism. Racism is the foundation for how we experience the workplace, politics and the larger world. It is this routine racism that allows dog whistling to succeed.

There are relatively few malicious racists today. Notwithstanding resurgent white nationalism, miniscule numbers believe in white supremacy and the inherent inferiority of the dark skinned. Instead, even as many whites are increasingly racially fearful, they’re also strongly opposed to obvious racism. This is where coded racism enters. Shaded terms may confound the critics, but more importantly, veiled language often hides the racism from those being racially manipulated. To his critics, Trump seems to have crossed into audible racism with his bald comments about Mexican rapists and banning all Muslims, but notice that he never uses racial epithets or talks about skin color. Such language would end his run, whereas Trump’s use of national origin and religion is just enough to allow his supporters to believe it’s not race that motivates their fears.

There aren’t enough malicious racists to elect anyone, so the key behind dog whistle politics is to reach decent folks who reject hate-filled racism, and yet remain trapped by routine racism.

Strategic racism is the most important racism undergirding dog whistle politics. All of those coded messages do not arise by accident. They are, instead, the work of GOP wordsmiths like Frank Luntz, think tanks such as the American Enterprise Institute, or media organizations like Fox News. Their goal is to carefully craft frames that spark racial anxiety, while hiding the racism from their opponents and, even more importantly, from their supporters.

This is strategic racism: the decision to manipulate the racial fears and hatreds of others for selfish ends. The “strategy” in strategic racism is to divide and conquer, and it has been at the core of American politics for the last half-century.

Strategic racism is critically important for two reasons. First, it gets us beyond the question whether dog whistlers are actual bigots. Does Trump really hate Mexicans and Muslims? Whether he does or doesn’t, it’s clear that he has made the calculated decision that attacking these groups is good politics—that purposefully fanning fear and anxiety can win him support. Ultimately, dog whistlers are pursuing a cold strategy when they raise the temperature in their followers. For demagogues, racism is a tool, a weapon, a strategy.

Second, the focus on strategic racism helps us see how racism hurts everyone, whites included. We typically think of racism in terms of intentional harm to people of color, and certainly that’s a huge element. But we lose sight of racism’s full power when we focus only on how it injures nonwhites, for dog whistling uses racism to structure the basic rules of government and the marketplace. As race scholar john powell writes, we need “a broader, richer understanding of race that is not only about individual, intentional, or unconscious discrimination against people of color.” Instead, we must develop an account of racism that stresses how “race, racial meanings, and racial practices are really about all people in the United States,” an account that specifically links “how racist attitudes, the creation of racial identities, and the institutionalization of racial systems are themselves tied to economic development and influenced by economic fears and needs.”15

How can economic and political elites get away with stimulating racial panics when the country as a whole condemns open racism? Partly the right defends coded racism by insisting that racism must look like a Klan noose. When conservatives convince people that racism exclusively takes the form of malice, they prevent them from recognizing how dog whistling—rooted in code, routine and strategy—constitutes racial manipulation.

More deeply, though, the right protects dog whistle politics through “colorblindness.” Contemporary colorblindness claims that racism exists when race is expressly invoked, whether by a bigot or indeed by anyone. But clearly, in dog whistling the perpetrators talk in code, and it’s the critics who surface race. In practice, this translates into a standard dog whistle choreography of punch, parry, and kick.

Defeating the punch, parry and kick of dog whistle politics is not hard, once you understand these stock moves. These feints only work when people accept the colorblind claim that racism requires that someone expressly mention race. The antidote is to expose and reject this claim.

First, far from requiring that race be directly mentioned to count as racism, racism today finds easy expression without direct references to race. The Confederate flag is a good example. Second, explicitly talking about race is not always racist. In fact, directly engaging with race is often the best way to fight racism. This makes sense, since sweeping problems under a rug and refusing to talk about them very rarely solves anything.

We all know that naming a problem is not the same thing as causing the problem in the first place. Jon Stewart put this in terms a fifth-grader would understand when reacting to a Fox News commentator who said, “You know who talks about race? Racists.” Stewart rejoined with ironic shock, “did you just ‘he who smelt it dealt it’ racism?”16 Among numerous other responses, one could also retort that dialing 911 doesn’t mean you committed the crime, and pulling the fire alarm doesn’t mean you set the fire. 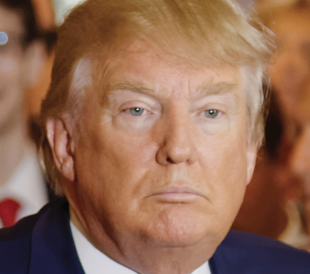