Notes on a Cultural Strategy for Belonging 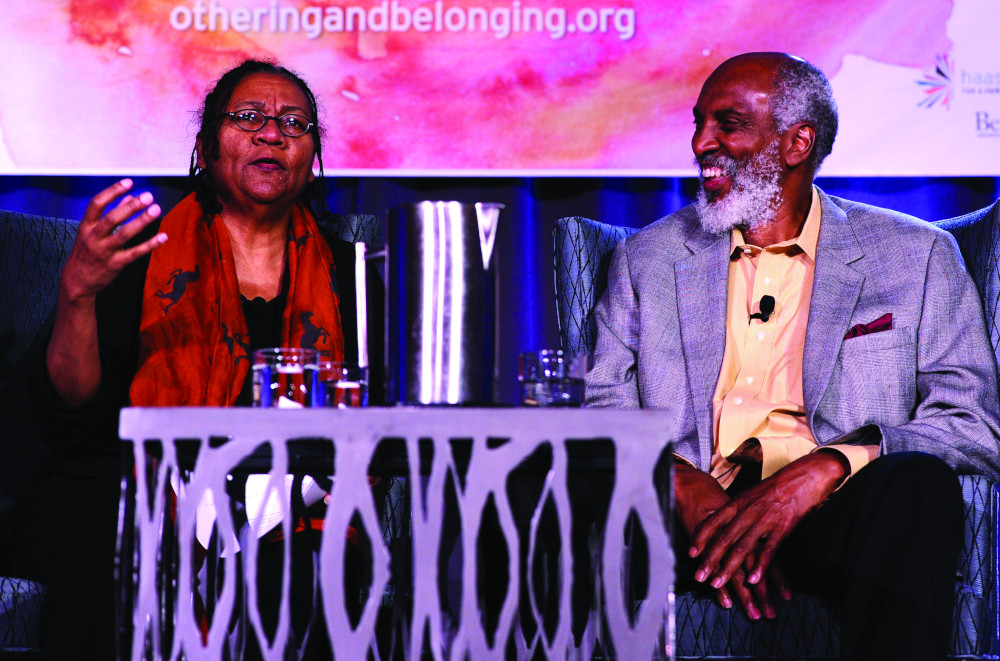 from director john a. powell

Philosopher and friend Iris Young famously identified five major “faces of oppression” that thwart our efforts in advancing justice and fairness. Of the five possible overarching themes of oppression she identified, including exploitation, powerlessness, and violence, one of the five was culture. Culture, she argued, is one of the five primary, foundational forces that can be utilized against people. When a dominant group of people want to subordinate or control another group, one of the first things they do is try to take away peoples’ language, their religion, their food—in other words, their culture. And they work to enforce that of the dominant culture as the “norm.”

Culture is essential to our survival. It is not an overstatement for me to say that I would not be where I am today without having access to music. The music of Nina Simone and John Coltrane enabled me to get through my undergraduate experience as a black student in a predominantly white institution. Music was where I went to experience and find belonging in a place where I didn’t experience it through a variety of signals and structures.

Culture plays a vital role in understanding what it means to be human and our particularly human needs. Culture does not just talk to the conscious, it feeds the spirit. We are meaning-making, spiritual animals, and the spiritual part is transmitted through culture. Culture has taught us the power of seeing ourselves interconnected in a web of mutuality, as Dr. King put it.

Our interconnection is a key element for understanding culture and its power as culture is a deeply social experience. The ability to tell stories and create collectively is what scientists believe allowed our species, homo sapiens, to evolve. Stories and myths helped give us a new self and create new relationships as we built cooperation across thousands of people, rather than small or singular tribes.

Culture and art speak to the conscious and the subconscious. It helps us unite the heart and the mind. The information that culture transmits moves extremely fast, largely in ways we are not aware of. Culture signals in a way that is direct and experiential. And culture is in constant movement and interaction with us all, whether we recognize it or not. It’s a foundational part of how we make meaning as human beings. And what this report does is attempt to name and expand our understanding of how we can utilize culture as a site of change, as author Evan Bissell explains.

Culture is neither purely positive or negative. Too much of the world has been organized around a belief in the ideology of whiteness, with the need to dominate and control. This expression of whiteness is at its most foundational not a material belief, it’s about culture. For too long the story of whiteness has been a story about being special, about individualism and separation—being separated from God, from nature, and even oneself. And a central component of the story of whiteness has also been about fear. So it lives in constant anxiety. But while the ideology of whiteness is a myth, the belief in it produces real outcomes that affect everyday lives.

So we need new stories. Stories where people who are not white heterosexual men don’t show up as less than, as the “other.” Stories that reject a re-assertion of an idea that who belongs should be organized around race, blood, or phenotype.

Culture can move people in a way that policies cannot. People largely organize themselves and operate around stories and beliefs, not around facts. And they organize more around love and belonging than shame and fear. So in constructing our new we, we need to be careful not to replicate ways of what I call breaking.

Building a culture of belonging is not the same as simply removing barriers. We must also organize our spaces, our structures, and our policies to do the work we need to build the world we want to live in. We have to work together to build a well-developed ecosystem that supports our work. We need research and analysis, we need inclusive narratives, and we need organizing, which is about building power. And we need all these things activated and in alignment—and all of these move through culture.

Developing our new story will take a lot of work. As illustrated in this report, there are many rich cultural histories to learn from as well as many emergent expressions to which we can look to for inspiration and aspiration. These Notes delve into the ways that artists, culturemakers, and community leaders are anchoring work in cultural expressions that celebrate our differences and provides models on how arts and culture can create space for more fully realizing that which we share.

A culture of belonging recognizes that we are always in a state of dynamic action and reaction. Belonging is never done and will constantly have to be remade. We’re in the midst of constructing new ways to see and new ways to be. This is not always comfortable, but it is part of our human experience.

As we move forward together in this time of rapid and concentrated change, the work of arts and culture will play a major role in how we lean into a future that says to everyone: You belong. We hope this report will provide some ideas for understanding some of the vital and visionary aspects of a cultural strategy for belonging.