The Growth of Endowment Wealth

The Growth of Endowment Wealth

THE GROWTH OF endowment wealth per student at wealthy schools took off in the mid 1990s. We will see that endowment assets grew at wealthy schools prior to the 1990s, but no faster than enrollment. This suggests that the new endowment investment strategy of asset growth succeeded in overcoming depreciation and inflation pressures. Exponential increases in endowments, however, did not occur until the shareholder value fueled stock market growth since the 1990s. 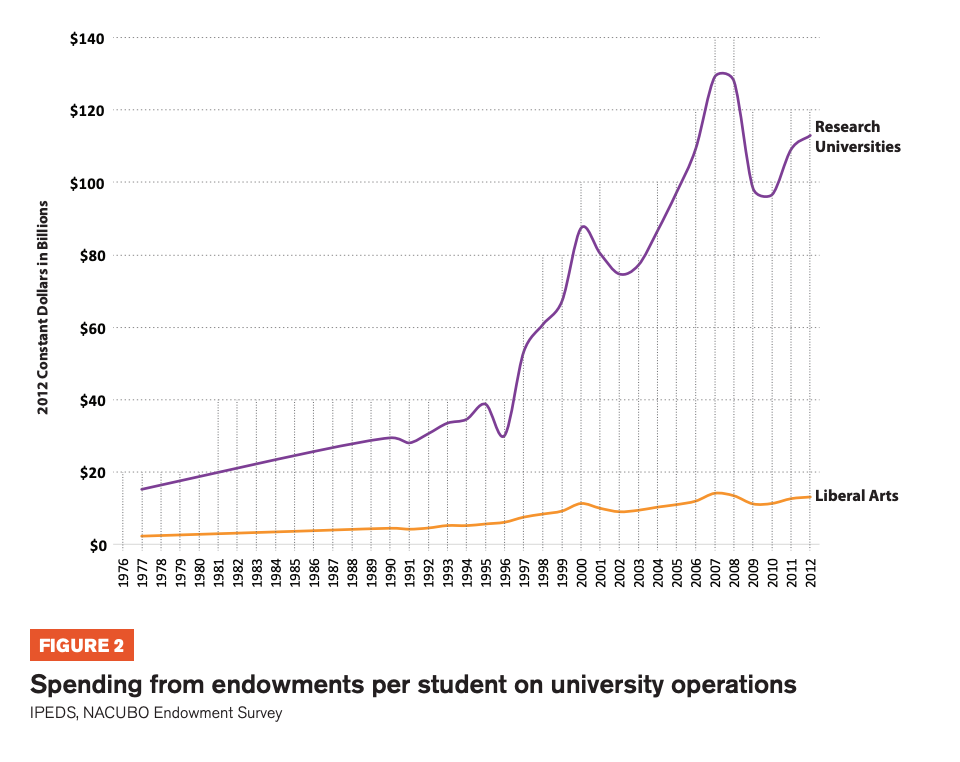 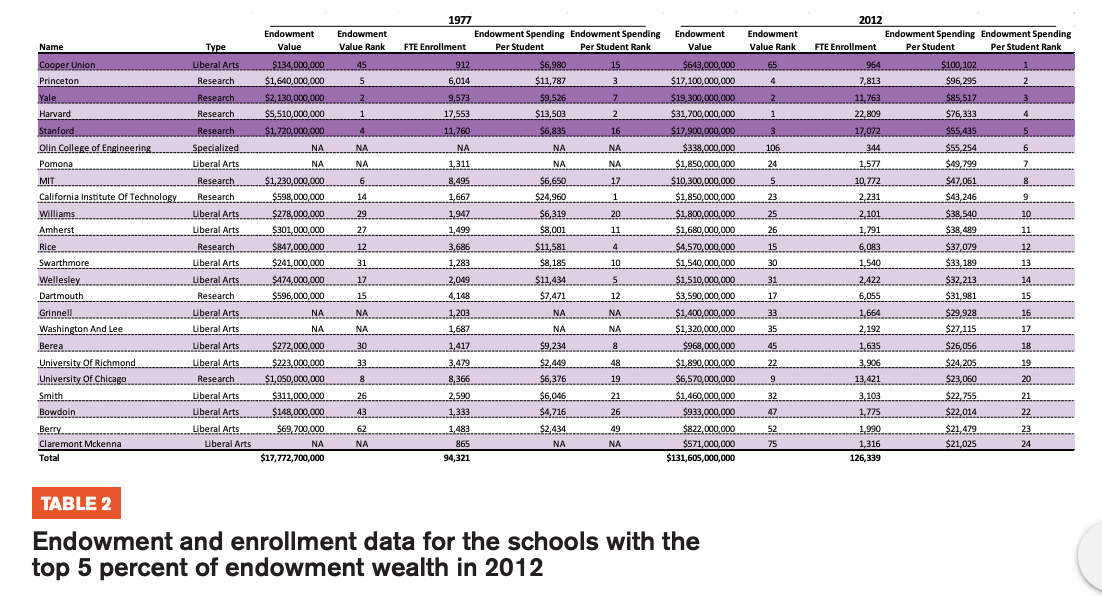 Table 2 shows endowment and enrollment data by school for the 24 schools in the top 5 percent for endowment wealth in 2012. For comparison, the table also shows the schools’ endowment and enrollment data for 1977. The schools include a familiar list of 9 prestigious research universities and 14 selective liberal arts colleges along with the Olin College of Engineering that was founded in 1997. Of 2012’s 24 top schools for endowment wealth, 19 also reported data for 1977. Of those 19, all but four were already among the top 24 schools for endowment wealth in 1977. Across the 19 institutions with data in 1977, endowment spending per student increased by 494 percent between 1977 and 2012. 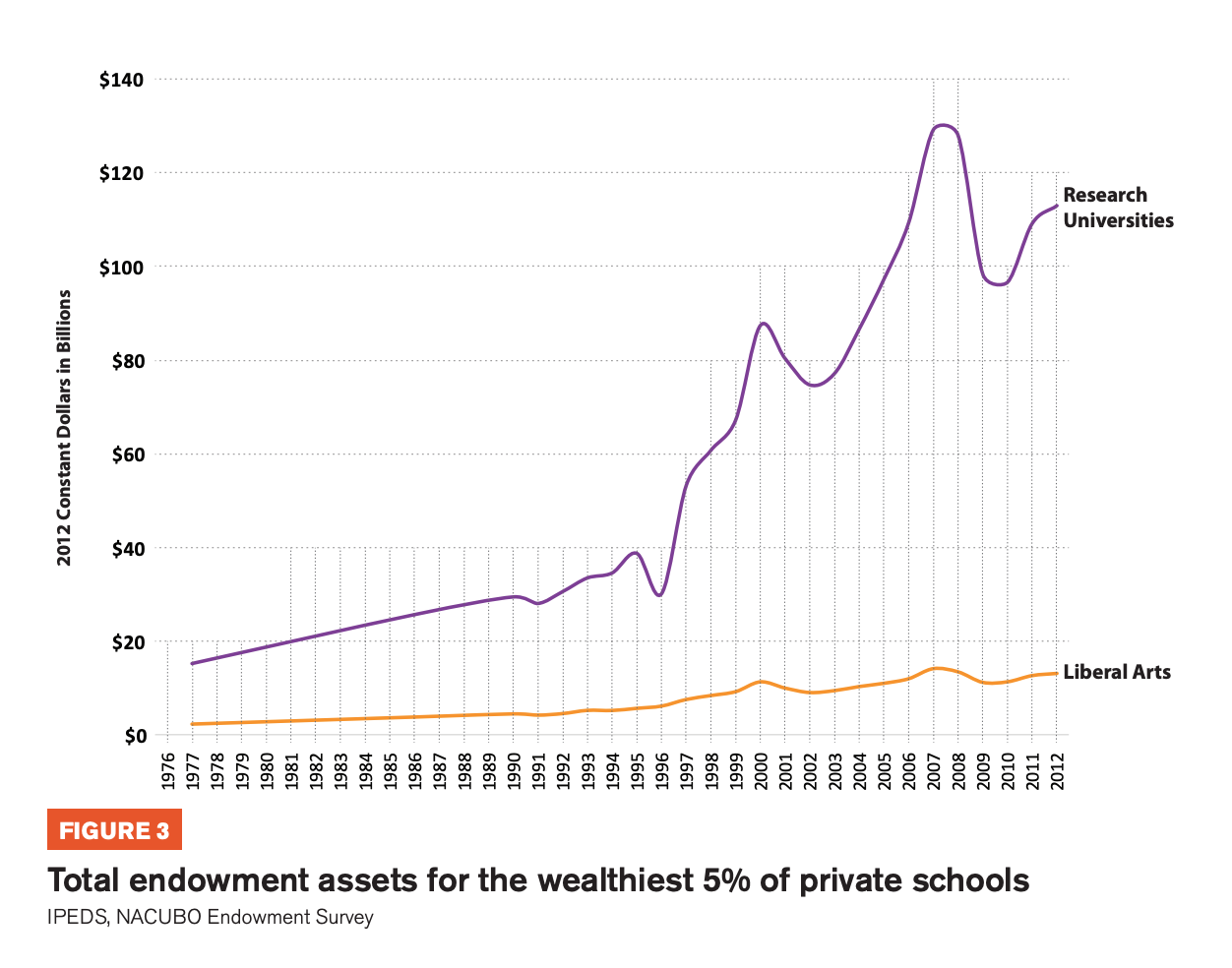