Islands of Privilege in Undergraduate Enrollments and Instructional Spending

Islands of Privilege in Undergraduate Enrollments and Instructional Spending

THIS REPORT FINDS that undergraduate education has remained an island of privilege at schools with wealthy endowments despite their increase in resources from the endowment. Schools in the top 5 percent have maintained the same low levels of total undergraduate enrollment since 1990. Wealthy liberal arts colleges did increase low income enrollments as a share of all undergrads since 2009 in the aftermath of the Great Recession. Wealthy research universities, however, maintained the same low level of low-income enrollment. Simultaneously, wealthy liberal arts colleges and research universities used their growing endowment wealth to double instructional spending per student from 1987 to 2012. These trends reinforce the argument that the $19.6 billion estimated annual federal tax expenditure on endowments primarily supports the reproduction of existing inequalities by wealthy private colleges (Bourdieu and Passeron 1990; Collins 1979; Karabel 2005; Sewell and Hauser 1976; Stevens 2009). 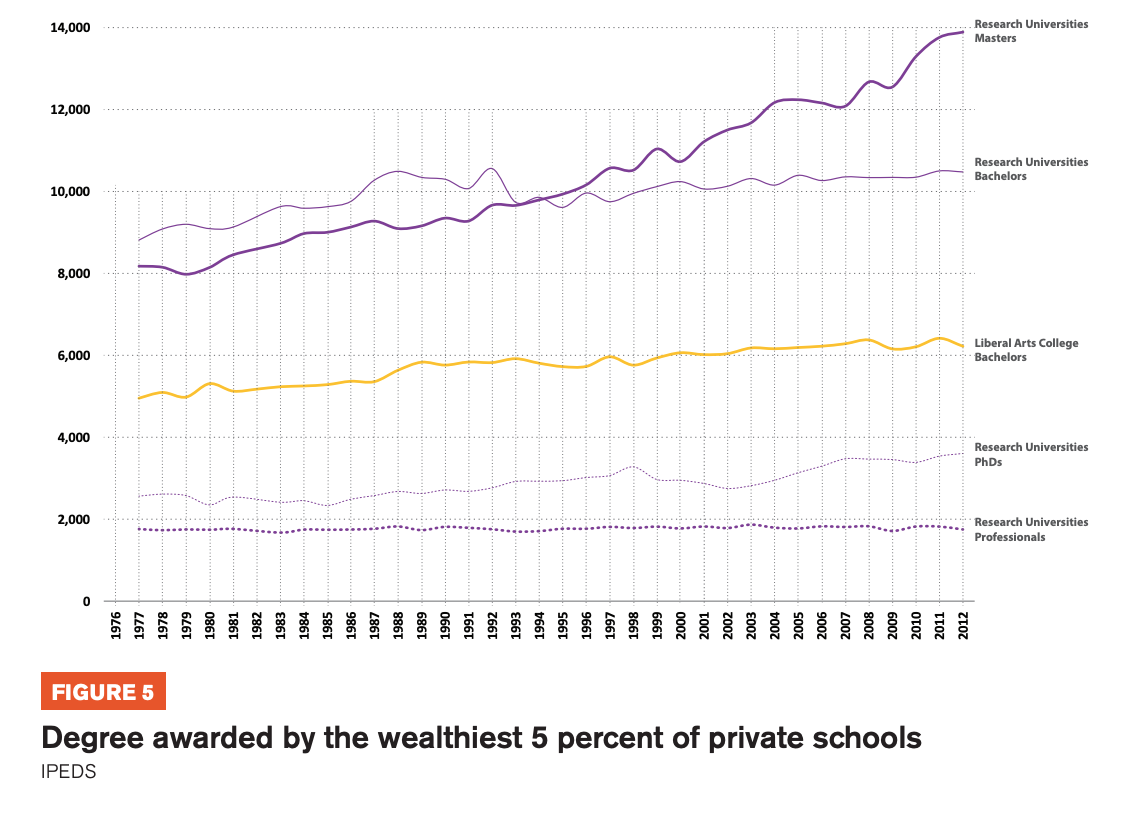 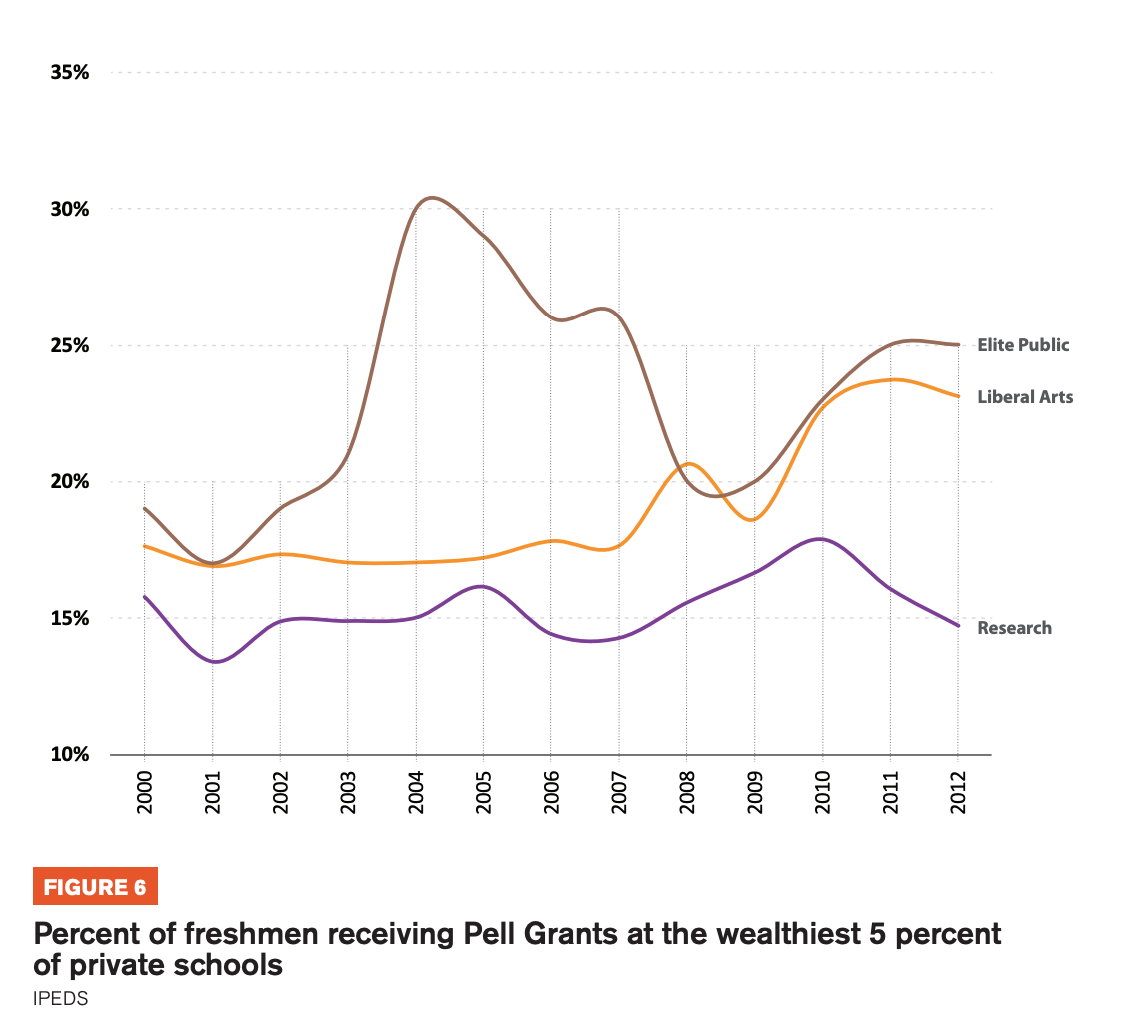 Absent public ownership or policy pressures, flat undergraduate enrollment makes sense because low admission rates to undergraduate programs tend to improve schools’ position in college and university rankings (Espeland and Sauder 2007; Espeland and Stevens 1998). This may explain why wealthy private universities continuously increased masters degree awards from 1976 to 2012. Admission rates to masters programs do not figure as prominently in rankings.

Wealthy liberal arts colleges began to increase low income enrollment in 2006 for the first time in the years for which data is available. Increased endowment wealth could have been useful for these efforts because low-income students often require reduced tuition along with room and board subsidies. The increased low-income enrollment at wealthy liberal arts colleges is reflected in Figure 6 which charts the share of full time freshmen who received Pell Grants—a federal financial aid grant that is the most consistent indicator available for low-income status prior to 2010. The increase n the share of freshmen receiving Pell Grants from 17 percent in 2006 to 23 percent in 2012 is no doubt partly a consequence of declining household income from the Great Recession. Still, the increase in Pell Grant recipients put wealthy liberal arts colleges almost on par for the first time with the elite public schools that are members of the American Association of Universities. In contrast, the share of freshmen receiving Pell Grants at wealthy private universities was just 15 percent in 2012, down from 16 percent in 2000. 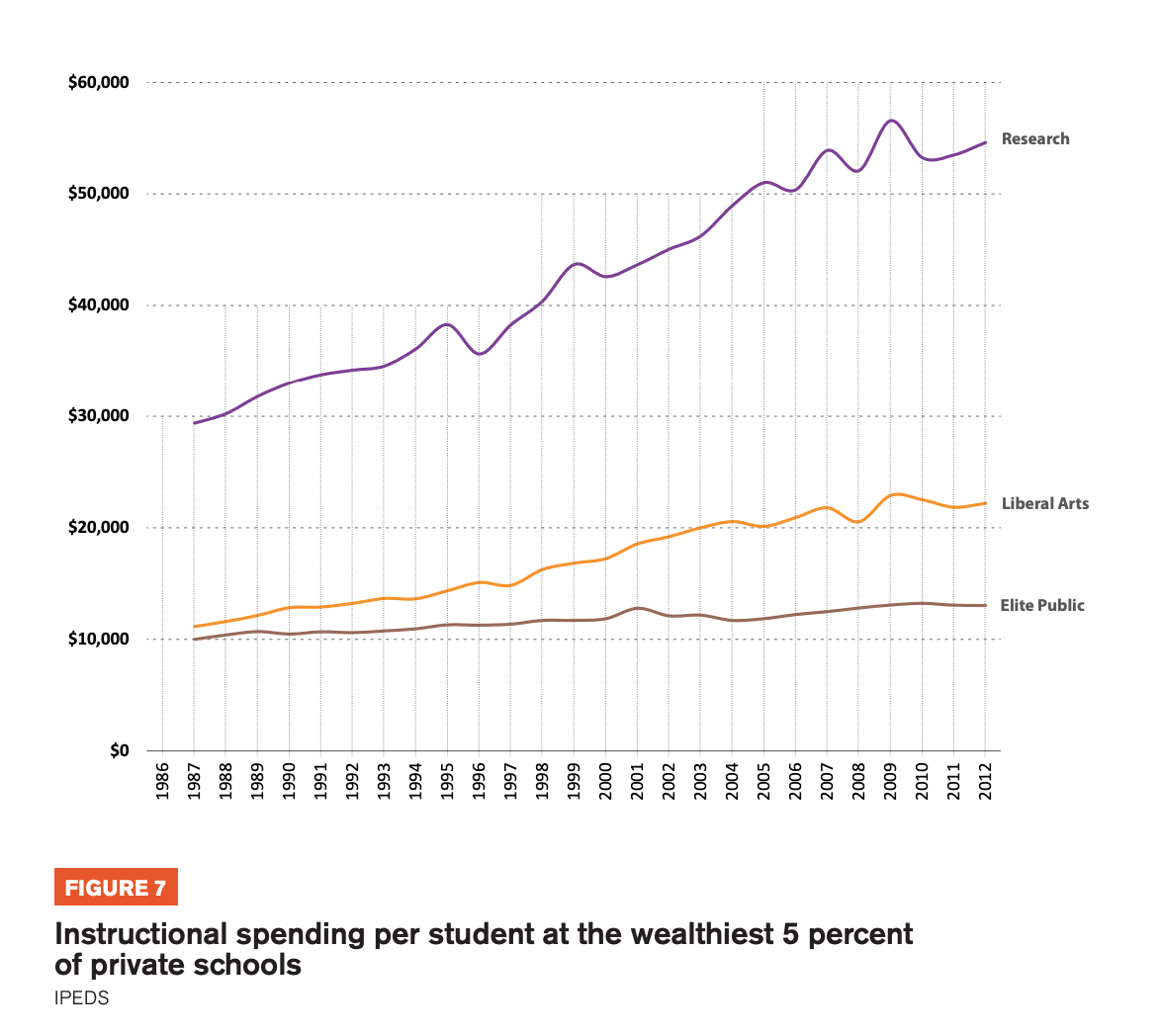 A doubling of instructional spending per student 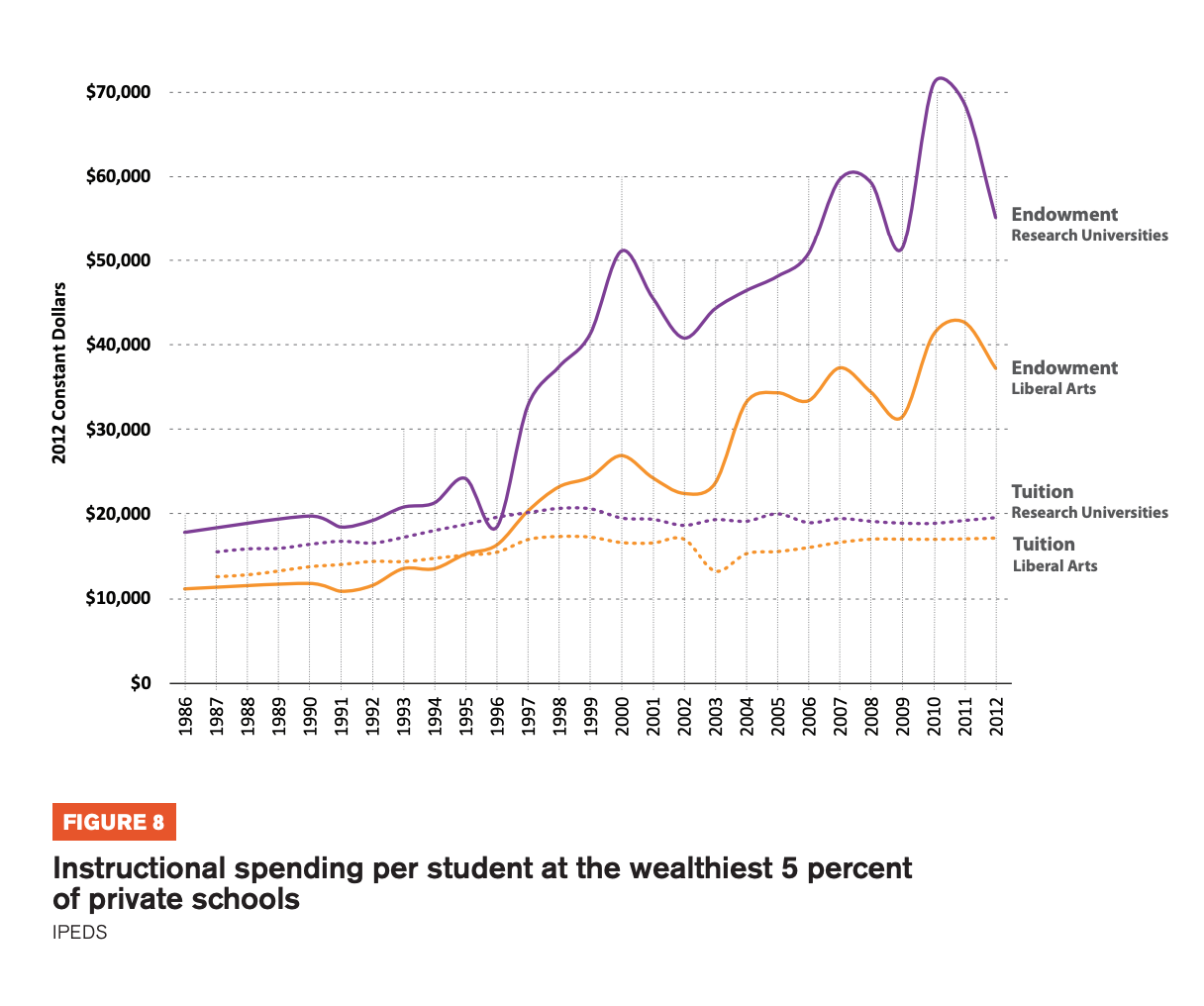 Other revenue sources for increased spending?