Although Richmond is a relatively small city, the variation between neighborhoods within the city is striking. In this section we use a series of 10 maps to analyze the data for each indicator: demographics, demographic change, and housing market conditions. 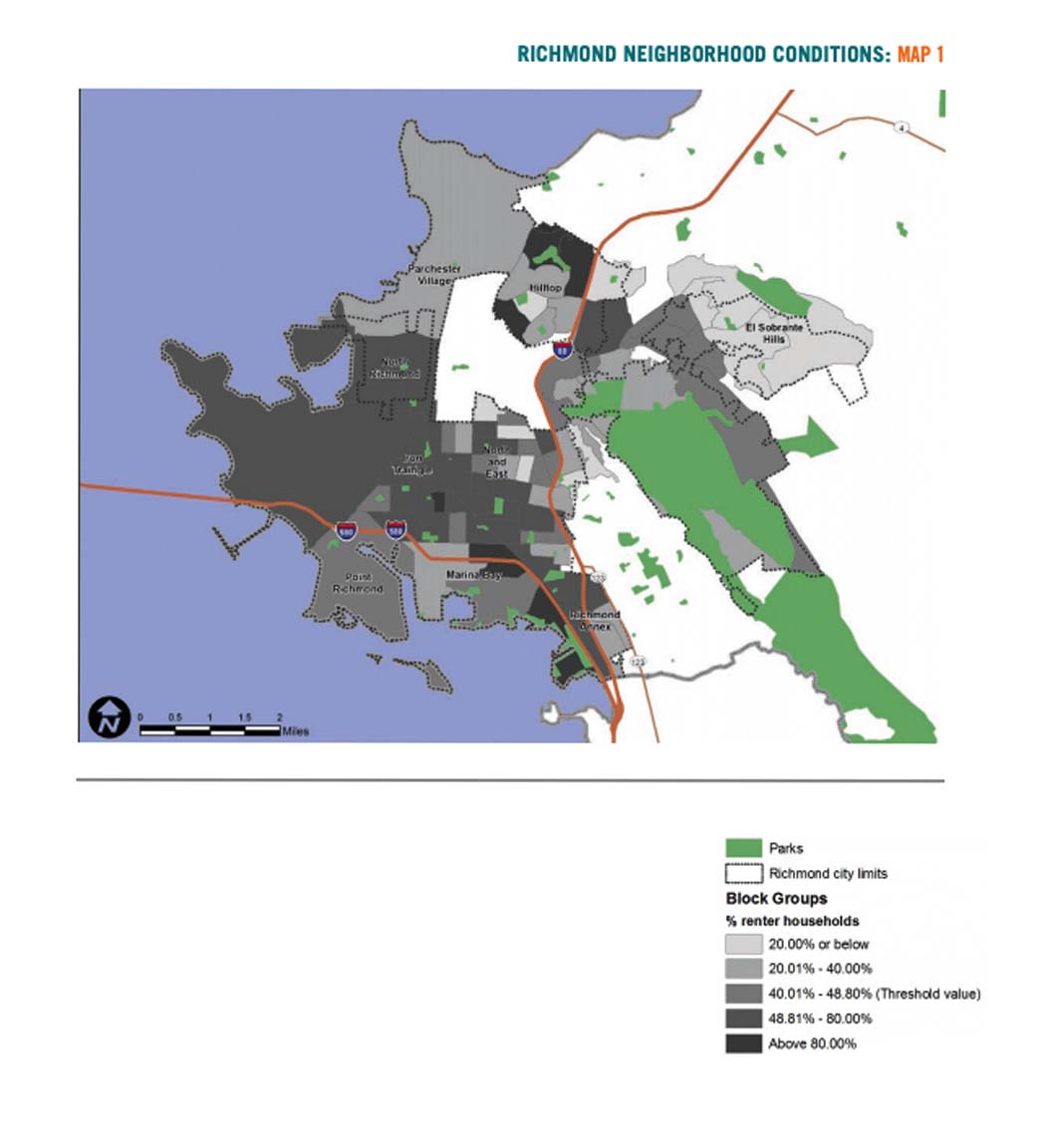 Parchester Village, Marina Bay Hilltop and El Sobrante Hills have Block Groups with only 40% or lower percentages of renter-occupied households. North Richmond, most of the central and south Richmond areas, and other areas have a higher concentration of renters than the city as a whole, with some areas above 80% renters. 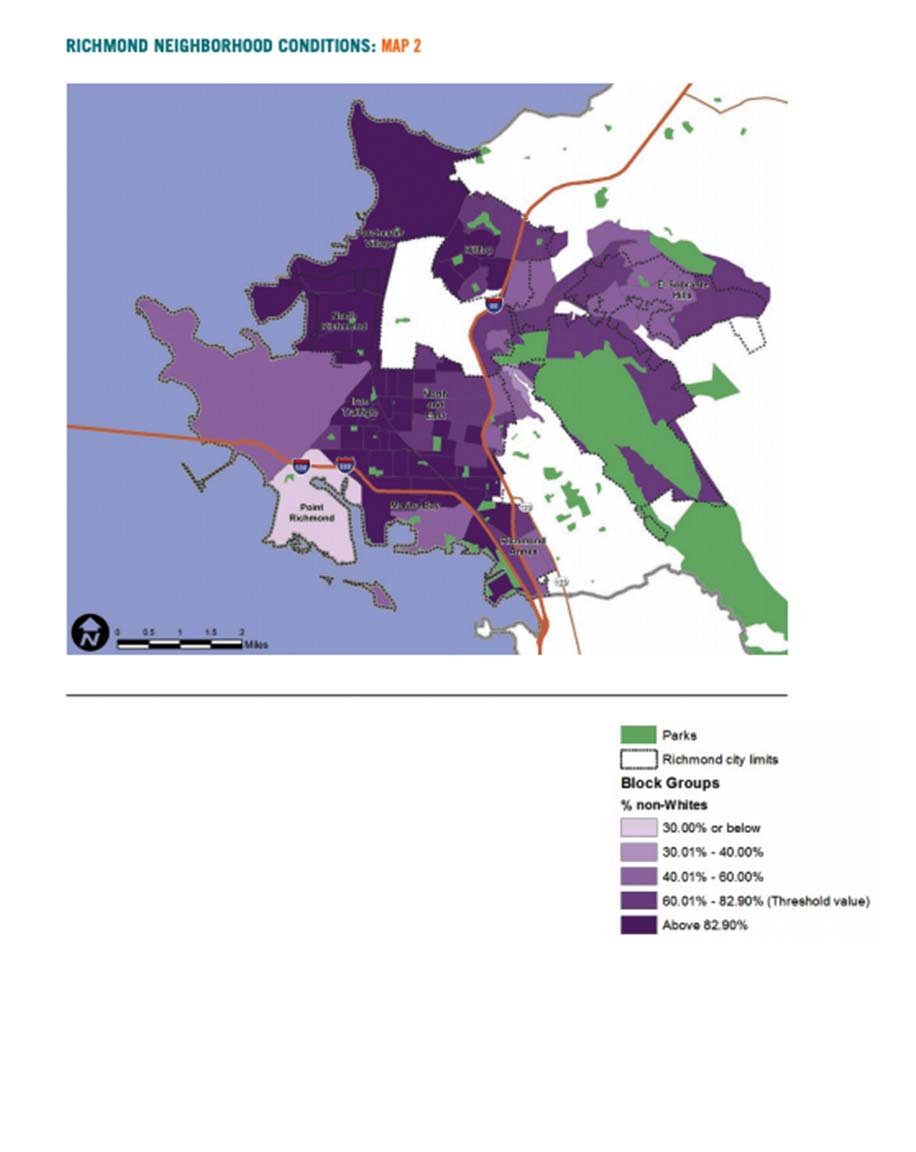 The category “communities of color” aggregates together many racial and ethnic groups in a way that we recognize can be problematic, but the indicator does allow a glimpse at dynamics between white community members and residents who are parts of groups affected by racial exclusion. Most of the Block Groups in Hilltop, Parchester Village, North Richmond, and the Iron Triangle have non-White population percentages that are higher than the average value for the city. Point Richmond, parts of Marina Bay, and El Sobrante Hills have percentages at or below 40% white. 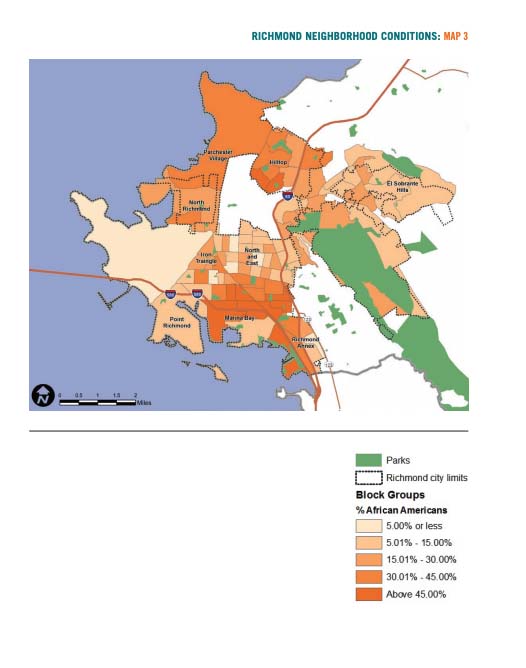 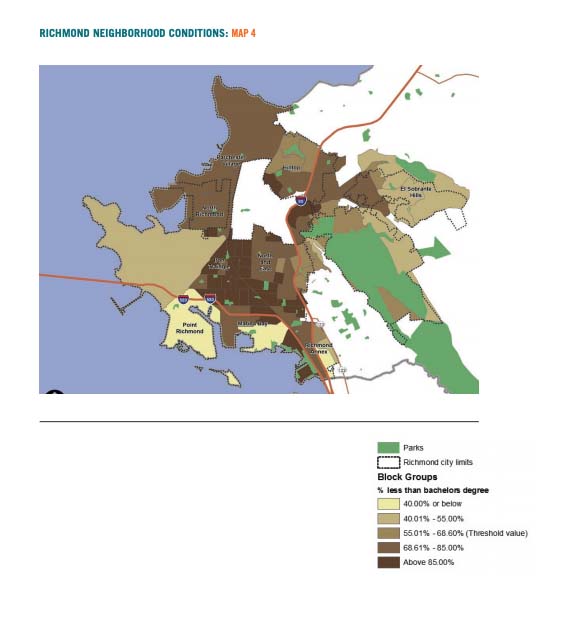 Adults with more than a bachelors degree in Richmond are highly concentrated in a few neighborhoods. In the Iron Triangle, fewer than one out of seven adults has a bachelor’s degree or higher. In Parchester, North Richmond, North and East, and parts of El Sobrante, the rates of adults without a bachelors degree are higher than the city average of 68.6%. 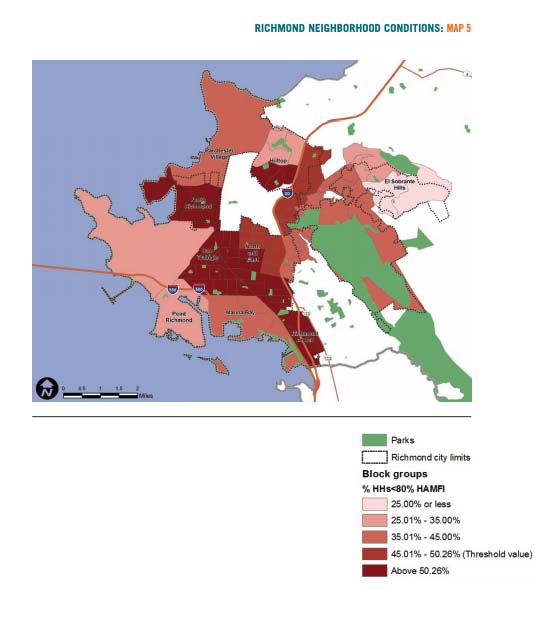 Nearly all Block Groups in North Richmond, Iron Triangle and the Richmond Annex have percentages of low income households that are above 50%, higher than the city average. This is also true of nearly half of the Block Groups in the Hilltop and North and East neighborhoods. El Sobrante Hills, Point Richmond, and parts of Hilltop have 25% or lower rates of low income households. 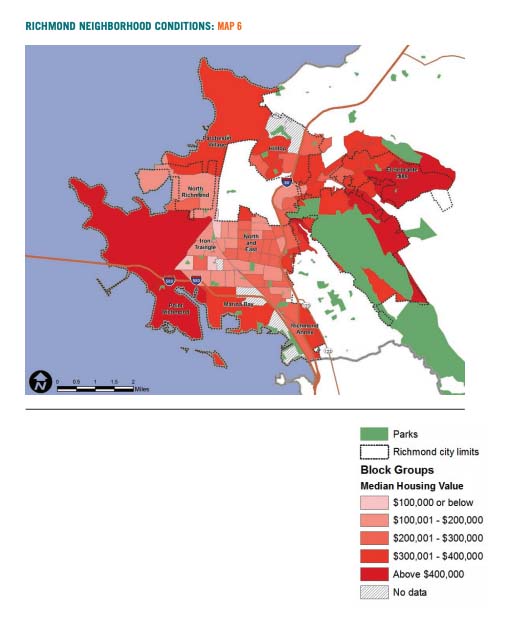 Demographic change in Richmond varies widely by neighborhood, and even among Block Groups within neighborhoods. The following four maps show the change in homeownership, household income, non-white population, and educational attainment at the Block Group level. 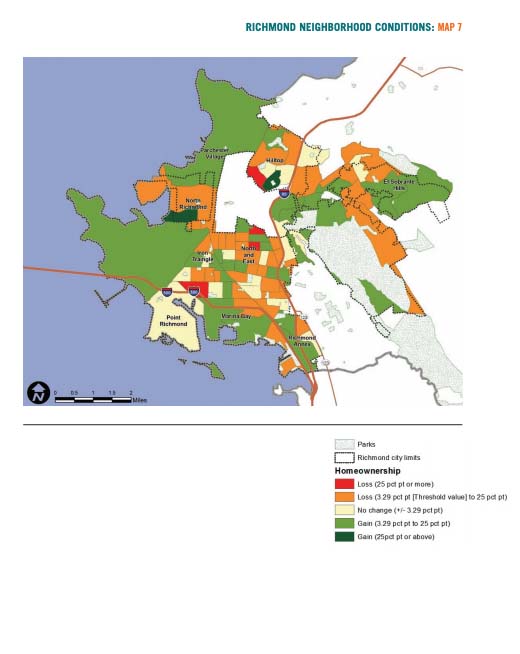 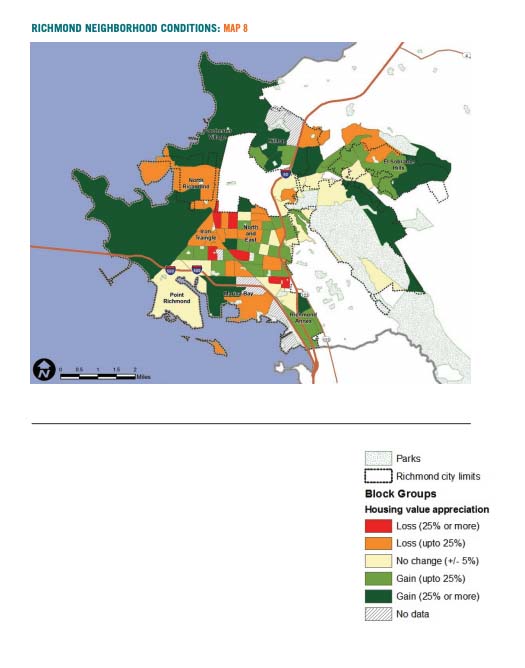 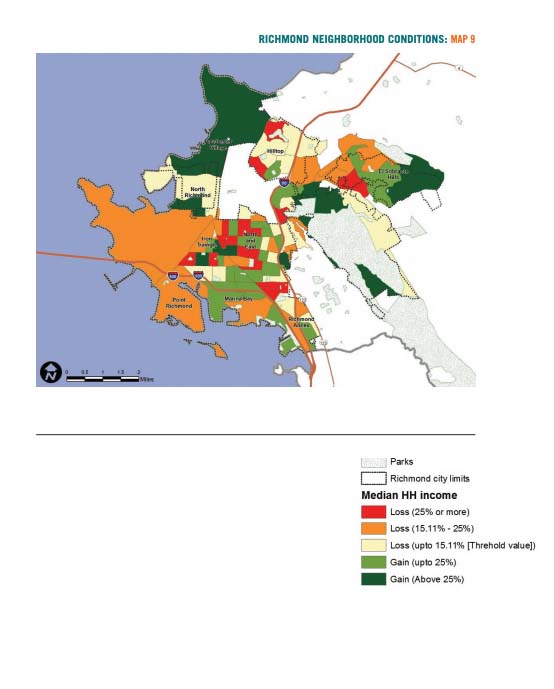 Changes in the household income at the Block Group level also show a varied pattern. Parchester Village and parts of North Richmond and El Sobrante Hills display high gains in median income from 2000 to 2013. Some of the Block Groups in and around Hilltop, in the Iron Triangle, and North and East show steep declines in household income. 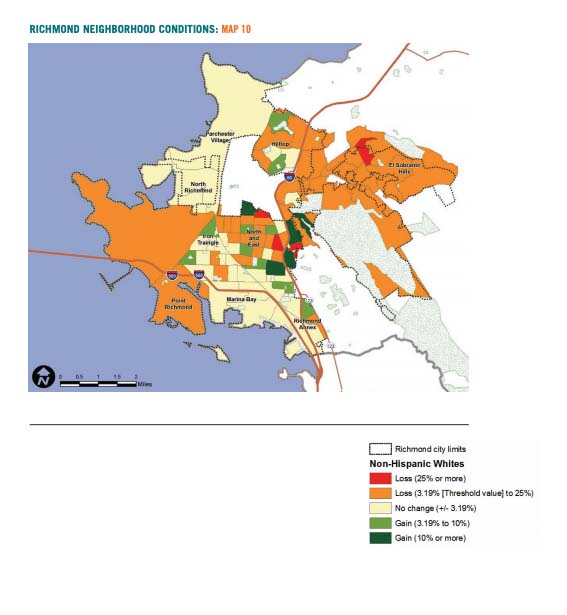